The ongoing Tundra has been released back in 2006 and throughout its lifetime it only received mild changes. Even though it still is a great truck, it can’t really compete in terms of available technology and features. In order to change all of that it seems an update might be on its way. Even though at this point it hasn’t been confirmed, the update is more than likely going to be released with the upcoming 2019 Toyota Tundra. There are plenty of available rumors about it and while it still is far from release, some of them seem to be on point.

Some suggested this will be an all new model but it might not be the case. While we do hope for major improvements, Toyota showcased how keen they are to keep the trucks tied to their predecessor. This has also been the case with the Tacoma and it may just be with the Tundra as well. At this point most suggest the truck will receive a fully boxed in high strength steel frame. This should allow Toyota to drop up to around 50 pounds from the one before it. 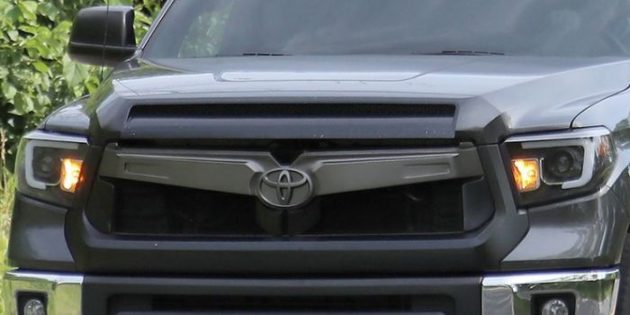 Possible Look of The New Grille

However, the frame’s rigidity should increase by a good margin which will allow them for much higher payloads than before. On top of that, it seems like the suspension system might be revised as well. The rear will likely still offer leaf springs but the front and rear axles and differentials should be beefier than before in order to increase the durability of the truck and make it that much more capable. Unfortunately, despite what the most rumors said, it seems aluminum will not be used in order to make its cab.

In fact it looks like the 2019 Toyota Tundra might still retain part of its predecessor’s DNA. Inside sources suggest Toyota might keep the cabin of the current model unchanged for the 2019 version. The windows, doors and even the roof will remain the same as before. However, the bed on the truck is actually expected to be all new. Most versions are expected to boast a modular tailgate while some will offer a fully modular bed with plenty of storage spaces and anchor points. In the front the new Tundra is expected to receive a more angular design which would definitely be a departure from the norm. 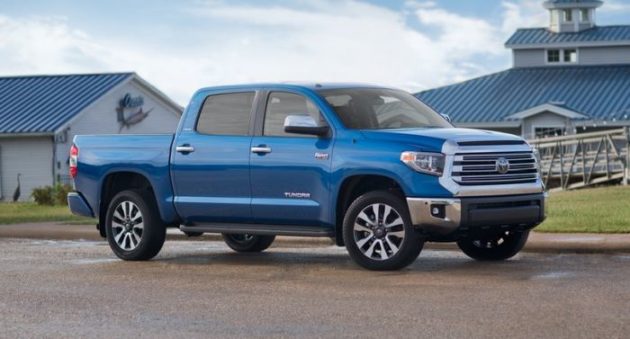 Instead of offering the same design scheme as on the Tacoma, Toyota may surprise us and offer a much more aggressive Tundra than first expected. It seems it may come with slim headlights, a large grille and even a hood scoop, all in the base offering.

Despite being old, the current model has to be the most luxurious truck on the market. This is expected to stay true with the future 2019 Toyota Tundra as well. However, the actual design on the interior will vastly changed over the current model. The vertical design from now will be gone. In its place Toyota is expected to offer a more car-like cabin with more features and better materials. This would allow the Tundra to remain the top pick when it comes to interior luxury and space. The set of safety features will also be far better than before. Expect a frontal collision warning and avoidance system and even a rear collision warning system. These are not currently available or are available in really basic forms. 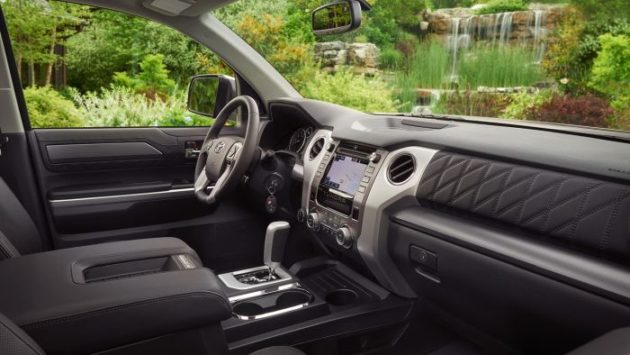 The Toyota Tundra is a very interesting truck. While it comes a bit over the competition at the entry level models, it is far below them at the top versions. The cheapest Tundra starts at $30,500. At the same time, you can have Ford F-150 for $27,000. Move onto the other side of the ladder the top tier Tundra goes for a little over $50,000. The Limited version of F-150 is closer to the $60,000. The things probably won’t change much with new 2019 Tundra. Price for this model will be in excess increased by $500 on lower trims to $1000 on high models. Also, if Toyota opts for a new luxury trim on Tundra, the price could get in the region of mid-$50,000.

The refreshed version of Tundra has been presented a few months back at Chicago auto show. It came with an updated grille, front fascia, and headlights but no major moves were made. In the mid-time new spy photos emerged that showed us that work on 2019 Tundra has already begun. The mentioned changes are expected with the upcoming model which is due by the end of 2018.

The ongoing model is powered by two V8 engines, both of them powerful enough but not nearly as efficient as they should. It looks like the upcoming 2019 Toyota Tundra will change a few things. For starters, the base model is expected to become the 5.7 liter naturally aspirated engine. This should receive both port and fuel injection as well as a few other upgrades. Thanks to them, it should now be capable of around 400 horsepower and 400 lb-ft of torque.

Further up the range it seems Toyota may install a brand new 3.5 liter twin-turbo V6 with north of 400 horsepower and 440 lb-ft of torque. This has already been revealed on the LS Lexus and it is quite impressive. No matter the engine choice, it should be far more efficient than before. This will be possible thanks to a new 8 or 10 speed automatic which will drive either the rear or all four wheels. 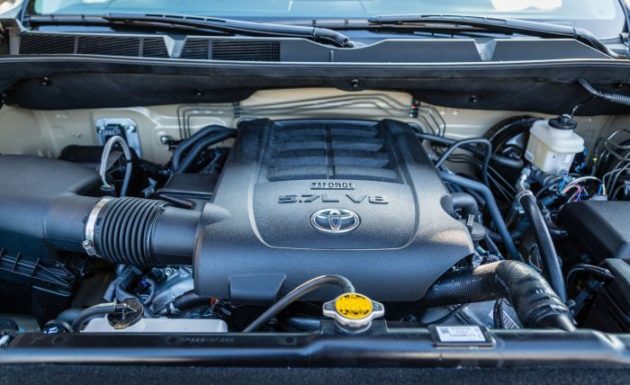 As for rumored diesel powertrain on 2019 Tundra, nothing is spoken yet. The rumors that Tundra pickup truck will come with Cummins Diesel powered V-8 are circling since 2014. This engine was expected in 2016, but Toyota came short. With 2018 MY people again hoped for a diesel sourced unit but again, nothing. The engines that Tundra uses are the same as they have been for years. Whether will the Japanese manufacturer listen to the cries of the market is still to be seen, or at least heard.