The first set of spy photos that we acquired showed the next-generation of Toyota Avalon. New sedan from Japanese manufacturer was looking ready to take off the wraps and to show us its production body. But they have decided to take a step back with 2019 Toyota Avalon. This time around we have a new set of photos, but they are concealing a lot more than those images from August did. Right now it seems that Aichi based company decided to make some changes on the exterior of the car at the last minute.

But, even if there are some distinct differences compared to the previous prototype, we can’t tell. The test mule of 2019 Avalon is wearing an excessively heavy camouflage. What we know is that new Avalon is going to stay loyal to its basic structure. Only, the lines are now going to be more pronounced, sharper. The headlights will be sleeker, with LED technology. All of this is going to give this sedan a new modern appearance. In the lower end of the front fascia, 2019 Avalon is going to boast a radiator grill which will add to its aggressiveness. 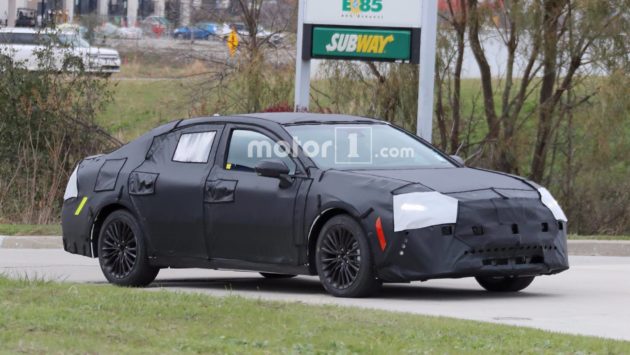 Same as on the previous set of photos, at the back, this vehicle has quad exhaust pipes, but two of them might not be real. Regardless of the camo, it is visible that the trunk is going to be small, and flanked by taillights whose shape is unknown at the moment. The underpinnings of this sedan are going to be the same one used on the latest gen of Camry. Interestingly Toyota will continue to use them on many other models, and first in line is new Corolla. The use of a new modular TNGA platform will help Toyota to increase the cabin space of new Avalon.

Under the bonnet, you can expect same old 3.5-liter V-6 petrol engine which uses Atkinson cycle. Like it’s the norm today a four-cylinder is also on the table, but don’t hope for a turbocharged version.

As you know, the current version of Avalon is on the market since 2012, with only minor facelift happening three years later. 2019 MY which is in the prep at the moment is expected to debut at one of the North American Auto Shows in 2018. The sales will start closer to the end of the same year.

08/09/2017: With a sculpted design and plenty of space inside the cabin, the Avalon is one of the better selling full size sedans on the market. However, the car is not nearly perfect and it still has some missing features. It seems that most of its drawbacks and problems are going to be addressed in the upcoming 2019 Toyota Avalon. The car has been kept a secret up until a few months ago when the first camouflaged prototype has been seen testing in the wild. This time around not only the design will change but also the platform and most of the available features. With this new model it seems like Toyota is looking to become the class leader which is not really an easy feat to achieve.

Even though it hasn’t been confirmed just yet, it is quite clear the upcoming Avalon will be based on the same TNGA architecture as Toyota’s most other new cars. This brings a lot of improvements which should get the car that much closer to perfection. For starters, the suspension layout on the new model will be better suited for high performance applications than before. This time around Toyota may offer the Avalon with adaptive dampers which aren’t really widely available in its class. 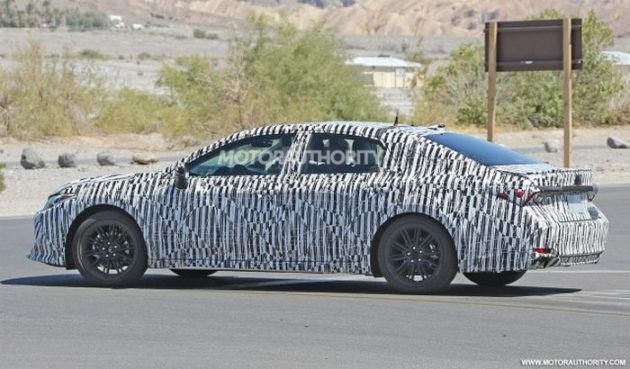 On top of that it looks like the car will feature a longer wheelbase than before and it might also be wider. The camouflaged test mule was also quite a bit longer and it didn’t seem that much taller either. The end result looks to be not only bigger than before but also lighter and more rigid. Thanks to that the car should be safer in the case of a crash and it should provide a better NVH level than its predecessor.

Toyota has wrapped its new Avalon under some heavy covers. Despite this, we noticed that the vehicle has production ready body and headlights. Taking this into account, we can say that the release of 2019 Toyota Avalon is not too far away. Not too far but not that close. The current version debuted in 2015 at Chicago Auto Show as 2016 MY. The similar scenario is what awaits the 2019 Avalon. It will have its debut at one of the North American auto shows. We can’t be sure at this moment, but 2018 Chicago could be an option. The new Avalon will arrive as 2019 MY. 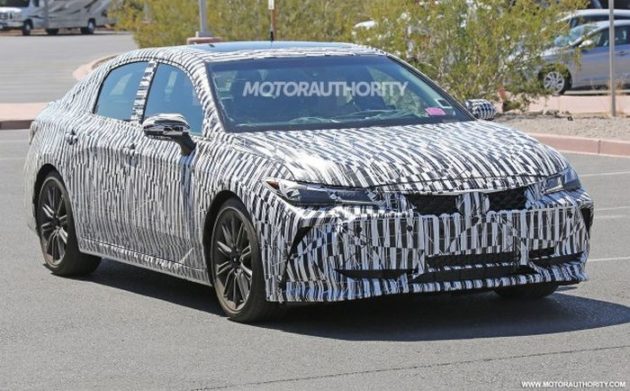 Toyota Avalon is one of the pricier large sedans on the market. Current version starts at $32,800 which is at the top of the segment. Unfortunately, nothing much is going to change with the upcoming model. Since its introduction, two years have passed, and it will be full three until 2019 MY release. With cosmetic exterior upgrades, the interior and technology will also receive an update. Things like this increase the cost as you already know. With the ongoing model stretching all up to $42,800, the new variation is going to be somewhat pricey. All that remains to be seen is whether will Toyota deliver the goods.

Despite the fact the 2019 Toyota Avalon is currently in prototype form, some of its interior has already been seen with not that much camouflage on it. The end result looks to be promising, to say the least. The car seems to depart from the split-dashboard design found on its predecessor. Instead it looks like it features a wide center stack on top of which most of the controls will likely be installed. The instrument cluster has a rather large cowl on it which could suggest an LCD panel as the cluster itself. It also seems that the cover on the dashboard was hiding a large head-up display which will more than likely find its way to the production model. 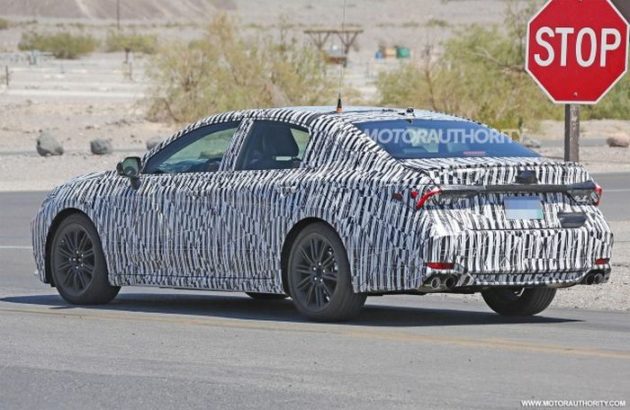 So far it looks like they took an evolutionary approach to the design of the 2019 Toyota Avalon. Despite being larger than its predecessor, it is quite clear that the car kept most of its proportions unchanged. It still looks to have a rather long front end and a coupe-like roof-line. However, the windows do seem to be taller this time around while the rear wheels seem to have been pushed back further towards the rear. This could mean the car will boast more space inside but this still remains to be seen. In the front it looks to feature Toyota’s really angular design which debuted with the Prius while the rear seems to be slightly tamed down over what we can see in the front of the car. The test mule also sported four exhausts. Some suggested these are fake but we wouldn’t be so sure considering even the Camry will come with quad-exhaust pipes.

The current car is available with either a 2.5 liter hybrid or with a 3.5 liter V6. Even though this is not official just yet, it seems the 2019 Toyota Avalon might come with a similar setup. The base model is expected to ditch the old V6 in the favor of a new direct and port injected 3.5 liter unit. This should be capable to deliver north of 310 horsepower and over 270 lb-ft of torque. Mated to a new 8 speed automatic this should improve the performance and fuel consumption of the car over its predecessor by a good margin. The 2.5 liter hybrid is expected to be replaced with the one found in the new Camry. This means it will use a lithium-ion battery pack which should boost fuel efficiency to north of 45 MPG on average, thus making the Avalon the most efficient full size sedan on the market.