The Lexus ES is basically a Toyota Avalon with a much fancier interior and running gear. Despite that it still is one of Lexus’ best selling models as well as one of their most beloved cars. Well, it seems it is about to receive an update in order to remain at the top. So far Lexus didn’t release many details about the future ES. Even so, the car has not only been spied testing but inside sources also leaked valuable information about it. So far we know the upcoming 2019 Lexus ES will not only replace the ES. It also seems the car could replace the GS. While this has yet to be confirmed, it would make a lot of sense considering the two cars are priced similarly and offer really similar features. This would allow the ES to evolve into Lexus’ main offering, so it should easily be able to become one of the leaders in its class.

From the latest spy shots it looks like the car will make use of Toyota’s highly modular TNGA architecture. This means the new ES will be built mostly out of ultra-high and high strength steel, so the car will become lighter and more structurally sound. Thanks to that it should become safer as well as better to drive. At this point it also looks like the new ES will boast better NVH levels and an entirely new running gear. This would consist out of a fully independent setup with adjustable dampers. These would react to the road in order to give the driver a great driving experience while maintaining the great ride quality inside the cabin.

The latest installment of ES sedan will arrive in a one year period from today. Do not take this as a 100% accurate information but the chances are slim that the vehicle will come before that. So, to say 2019 Lexus ES release will happen in the third quarter of 2018. As a car that arrives so to say, late in the year new ES will arrive as 2019 MY.

On the side of the pricing, this car will come with a slight increase. To go up with the cost is considered reasonable because the new ES will come with updated design and technology. Today’s prices are $39,895 for the ES350 and $42,815 for ES300h hybrid.

From the spied prototype of the 2019 Lexus ES we can also see some of its future design traits. For starters, the car will get bigger than its predecessor. We can clearly see it will be wider and lower than before. The new ES also seems to boast a much longer wheelbase which likely means increased interior space. In terms of looks it seems Lexus took a lot of design cues from their range-topping LS. The front end boasts the same type of spindle-grille with the swept-back headlights and the really aggressive bumper. Unlike its predecessor, this time around the ES sports a coupe-like roof-line, a much shorter rear end as well as all new design cues. The rear of the car seems to be that of a coupe and not that of a sedan which definitely suggests the direction Lexus is heading to. 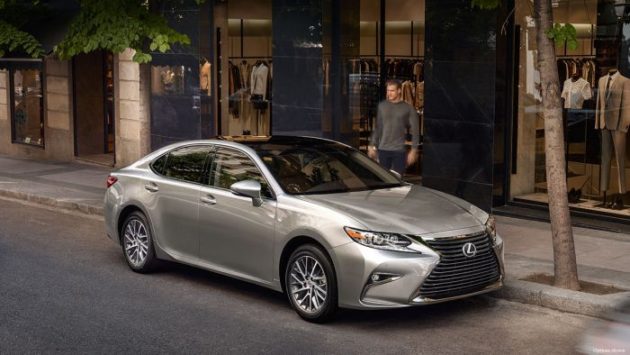 The current model is one of the better looking cars in its class when it comes to the interior design. This is not going to change with the 2019 Lexus ES and that’s to be expected. The car will definitely borrow from its more expensive sibling. Expect a similar dashboard design sporting Lexus’ brand new infotainment system and command center. Materials like aluminum and wood will likely be offered on the higher end models with the base cars getting things like four-way climate control and even a head-up display. 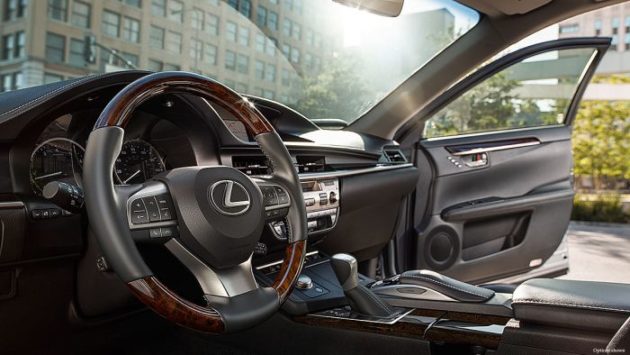 At this point it seems the 2019 Lexus ES will come as standard with a 3.5 liter naturally aspirated V6. This will continue to drive the front wheels but this time around it will drive them via a brand new 8 speed automatic. The output is still unknown but we bet the engine will manage to offer more than 300 horsepower and 260 lb-ft of torque. An all wheel drive system is definitely going to be an option across the range.

Considering most rumors suggest the car might replace the GS, the ES is also expected to boast a performance offering. There aren’t that many available details about this particular model though. It seems the car may get to use Toyota’s new 3.5 liter twin-turbo V6 which made its debut on the LS. This would give the new ES around 400 horsepower and north of 350 lb-ft of torque. Because of that it is safe to assume that this particular model will only be available with all wheel drive.

Unlike the rest of the range, the high performance ES is expected to come with a different running gear, larger brakes as well as better tires. This model might also receive a completely different body kit but at this point these are just rumors.