Lexus released the ongoing RX back in 2015, so it is not exactly an old model. Despite that, it looks like they are already looking to release an update. Even though the details are still scarce, the photographers managed to spy what seems to be the future 2019 Lexus RX. It looks like this new version of the car will come with minimal design changes and likely an updated set of engines. The end result should be a more economical and slightly faster crossover than ever before. The car’s chassis and running gear on the other hand are unlikely going to change all that much, especially since there is nothing really wrong with the ongoing RX.

Just like before, the new 2019 RX will continue to use Toyota’s K platform. This is a rather old architecture which has been around for a while now. Even so, thanks to a rather impressive set of materials, the platform manages to give the crossover a really competitive center of gravity as well as a really rigid structure. This allows the RX to be considerably better in the case of a crash than its predecessor. It also means the car drives quite a bit better than many of its rivals. There are some drawbacks though. For starters, the RX’s steering is quite numb. While we do hope Lexus will change things with the revision, this is unlikely. It also seems like they are going to revise the brakes on the car in order to offer slightly better pedal feel. 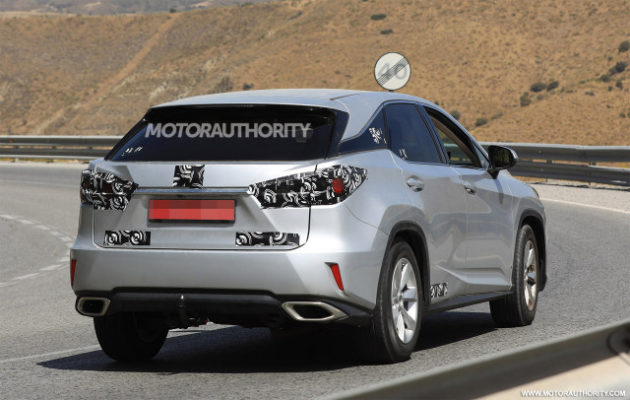 Up to this point there hasn’t been any official information about the 2019 Lexus RX. Even so, it is safe to assume the car is going to cost roughly the same as its predecessor, at least in Europe. In the US on the other hand, the RX might get slightly cheaper. Some suggested the base model could now start closer to $40,000 which would make it one of the most competitive premium crossovers on the market. 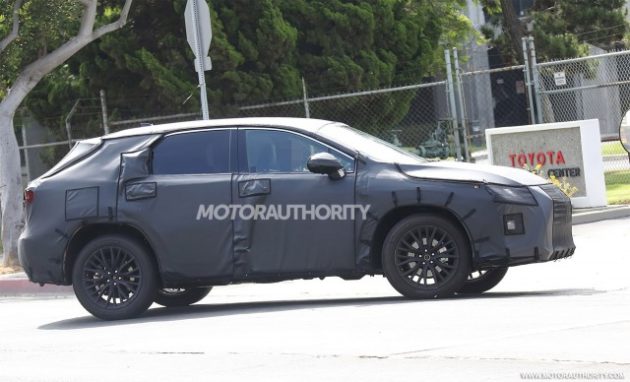 Probably one of the best parts about the RX update is the car’s cabin. Unlike most other Toyota’s cars, the RX offers a really upmarket interior which is far better than most of us expected. The dashboard is nicely laid out and quite minimalist in design while all the materials are well above the average of its class. We can expect the 2019 Lexus RX to not change all that much. We may see a revamped infotainment system, likely sporting better hardware, but that’s about it. Some said the car will get better seats but at this point this is highly unlikely. 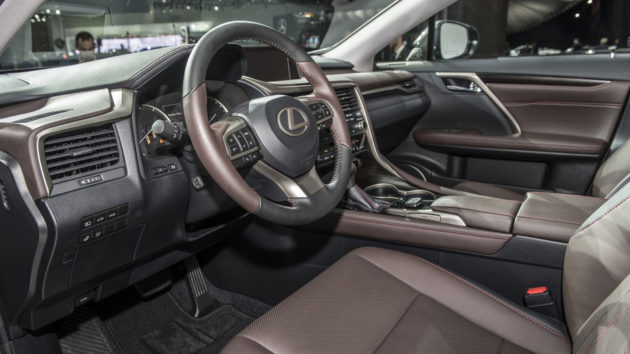 One of the main reasons people buy the RX is for its looks. The car looks like nothing else on the road and that allows it to shine. The front end is aggressive with Lexus’ usual spindle grille while the swept back headlights and the coupe-like roof-line make the RX shine. The 2019 Lexus RX update might receive some small changes to the overall design. For starters, we can expect slightly different headlights and possibly a different set of tail lights. The car may also come with new sets of wheels but so far nothing has been confirmed.

One of the biggest changes to happen with the 2019 RX will be its powertrain. The US version of the car is more than likely not going to receive a 3.5 liter V6 after all. Instead, the new base model should boast a 2.0 liter turbo-four which would provide around 235 horsepower and 250 lb-ft of torque. This would be more than enough to allow the RX to become the perfect commuter. The 3.5 liter naturally aspirated V6 is likely going to remain unchanged.

This means an output of 295 horsepower and right around 267 lb-ft of torque which is enough to make the RX one of the faster crossovers on the market. The hybrid is also likely not going to change all that much. With a combined output of 308 horsepower and better fuel efficiency than the 2.0 liter engine, this will be the choice of many. While all wheel drive will be available, it looks like the 2.0 liter version of the car may only come in front wheel drive guise in the US.

The Lexus ES is basically a Toyota Avalon with a much fancier interior and running gear. Despite that it still …