Now that BMW updated most of their cars it looks like the 3-Series is the next one in line. So far the manufacturer decided to not say that much about their future vehicle. Even so, the upcoming 2019 BMW 3-Series has been spied a couple of times. On top of that, there are quite a few inside sources feeding us information about the car. It seems that just like the rumors suggested, the new sedan will be quite a bit more impressive than before. For starters, it will be based on a new platform so it will be better to drive, safer and more comfortable. Secondly, the car is definitely going to receive more efficient engines and lastly, it should easily become one of the best cars in its class with ease.

It has been confirmed that the upcoming 3-Series will use BMW’s all new CLAR architecture. This has also been used for their new 5 and 7 Series and it is a huge improvement over their older platform. In comparison with its predecessor, the new platform is actually an aluminum and high-strength steel frame, so it is much better when it comes to the car’s structural rigidity. This new architecture should also allow the upcoming 3-Series to be lighter as well. Most rumors seem to suggest up to 100 pounds less than its predecessor. With it the car will also benefit from a new running gear. This will use aluminum suspension components which were previously used only on the range-topping models. 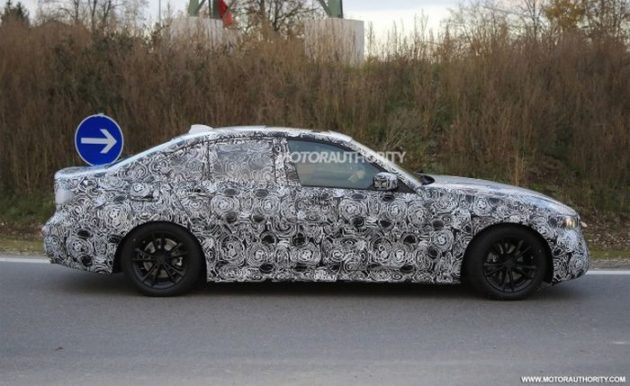 The design – Inside & Out

It looks like the new 2019 BMW 3-Series is not going to be that different from its predecessor. The camouflaged prototype we have seen a couple of months back seemed to be mostly identical in terms of size to the ongoing model. The new car seems as long and as tall as its predecessor. However, it might be slightly wider and its wheelbase seems longer as well. In terms of looks the car seems quite similar to the all new 5-Series.

The kidney-grilles are much larger than on its predecessor while the bumper definitely seems more aggressive. The car also boasts all new headlights which are far more expressive than those on its predecessor. The rear has yet to be revealed but the prototype had a much more aggressive rake for the rear window. This likely suggests a more coupe-like look but it remains to be seen on the production model. 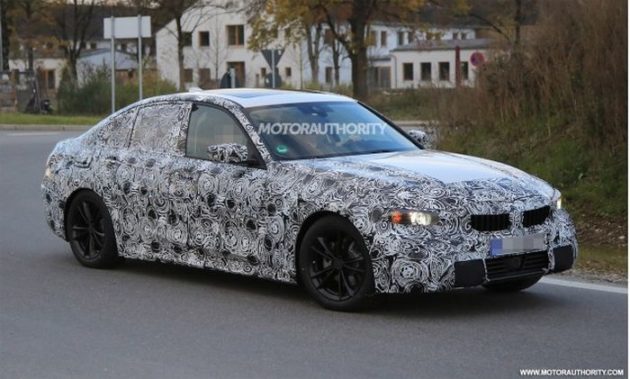 Just like with the rest of their lineup, the 2019 BMW 3-Series is going to receive a really minimalist interior. Even though this is the case, and some people think it might be a bit too simple, BMW will focus on delivering the best possible experience inside. In order to achieve that the car is going to make use of the best materials and it should provide the latest features available. Even though the cabin of the prototype was heavily covered, we were still able to see part of the doors, center stack and seats. All of these seemed very similar to the current model which reinforces what we’ve said so far. 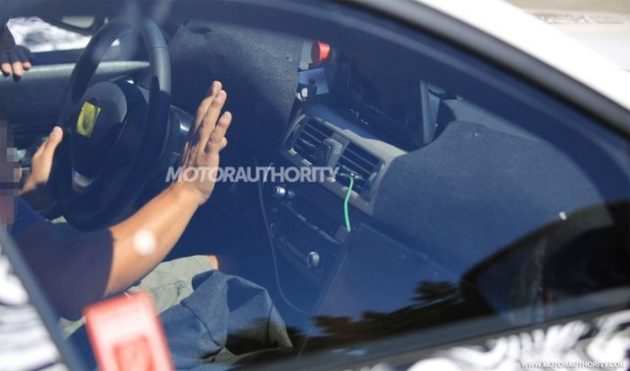 Under the hood – New 3-Series Specs

In Europe the 2019 BMW 3-Series will come equipped with 3 cylinder engines. A 1.5 liter gasoline unit will provide between 130 and up to around 160 horsepower while a 1.5 liter diesel should be good for up to 140 horsepower. Both of these will be only available with rear wheel drive and a 6 speed manual. In the US, as well as in Europe, the car will come with larger 4 and 6 cylinder engines on the higher end trim levels. The base model in the US is expected to use a 2.0 liter turbo-four good for around 200 horsepower.

The 330i is expected to offer up to 260 horsepower which will be routed either to the rear or all wheels via an 8 speed automatic gearbox. BMW’s well known 3.0 liter inline-six will be available on the rumored M40i and the M3. This will use either one or two turbochargers in order to deliver between 350 and north of 450 horsepower. Like the others, an 8 speed automatic is more than likely going to be the only option. A diesel has also been rumored but nothing was confirmed up to this point. A hybrid on the other hand is more than likely which will please quite a few people.

There are two things about 2019 BMW 3-Series release date. First one is that it will debut in less than a one month time at Frankfurt Motor Show. The fans of this vehicle, same as us, are thrilled that the 3-Series is so close to its presentation. Unfortunately, the second thing is not so good. The car is 2019 MY with a reason. It will hit the dealerships in the mid-2018, and it won’t, under any conditions be available for purchase before that.

Another encouraging fact comes with the price. The cost won’t change compared to the ongoing model. The cheapest is the four-cylinder version with comes with a price tag of mid-$30,000 depending on the level of additional features. Move on to the plug-in hybrid, and you need to add another $5,000. Further on the high end of the pricing ladder, you will find a six-cylinder monstrosity which exceeds the $50,000 mark.

BMW company has headquarters in Munich, but its factories are spread across the World. One of the most notable ones …