The new Lexus RX has been launched in the late 2015 and it has been on the market ever since. The car is available in a few different configurations which range from basic all the way up to luxurious. Even so, the base model of the car is usually better equipped than most in its class so Lexus really managed to offer something special. While it is quite new, it seems that it will receive a major update with the 2018 Lexus RX. Even though some people said that these are nothing but rumors, Lexus did confirm the update. They also said that the RX will be the car to receive a three row version which is very interesting. Why? Well, simply because the current model doesn’t really have room for a third row.

Because of that we are quite sure that the 2018 model of the car is going to hit the market in either two versions or it will get a stretched wheelbase. We would suggest that the first statement seems a bit more plausible. The new RX will more than likely receive two different versions in order to better fit the market. The base car will remain mostly unchanged while the rumored long wheelbase model, which will also sport seven seats as standard, should come with quite a few upgrades. On top of that, the price for this new model might get closer to $45,000 which would put the RX is an interesting competition. 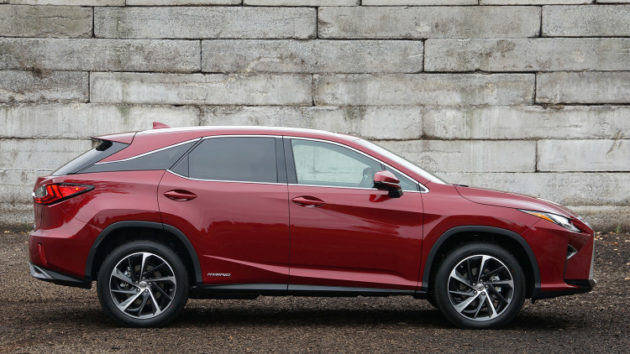 The current car is nothing short of amazing and this will also be the case with the 2018 Lexus RX. The new model will likely carry over the same dramatic spindle grille, the angled headlights, the vertical fog-lamps as well as the sharp edges. The long wheelbase model will depart slightly from that. This one is expected to get a more muscular look, likely achieved through a similar body kit to that on the F-Sport model. On top of that, the rear three quarters of the car will be all new in order to house the extra row of seats. Here the car will more than likely benefit from an additional set of windows as well.

We are quite sure that the dashboard of the 2018 Lexus RX will remain unchanged from the current model. This is currently one of the more impressive in its class, especially with its large widescreen infotainment system, quality materials and great driving position. The long wheelbase model should be mostly the same as well. However, the second row of seats will change and Lexus will add a third one. On top of that, this car might also get a four seats version which would dub as the new top end model.

While the US version of the car is available with a 3.5 liter V6 or with a V6 hybrid, the European model also gets a 2 liter turbocharged inline 4 unit. The latter is good for over 230 horsepower and it is a rather potent engine with its 258 lb-ft of torque at just 1,650 rpm. The 2018 RX is expected to carry over these engines mostly unchanged. However, there have been some rumors about a new 3 liter twin-turbo V6 which will also be used in the new Supra. So far this engine is nothing but a rumor. However, it may replace all of Lexus’ V6 engines considering it is capable of making between 300 and 400 horsepower while offering the fuel consumption of the hybrid. The seven seats model should be nearly identical to the regular version. However, the base 2 liter engine, found in the European RX, is likely not going to be available for it.