The Detroit-based manufacturer hasn’t made any official statements regarding their new SUV which is intended to fill the gap between Equinox and Traverse. But, they didn’t deny that there could be something. And, now we have spy photos of what we presume is 2020 Chevrolet Blazer. The pictures depict Chevy’s new vehicle which is in early stages of development.

2020 Blazer is going to be a two-row compact crossover which will share the market with the likes of Nissan Murano. You will notice that we are calling it a Blazer, but we can’t be sure that this name will be used for this particular SUV. It would make sense to use already known naming scheme but, like we said nothing is official as of yet. 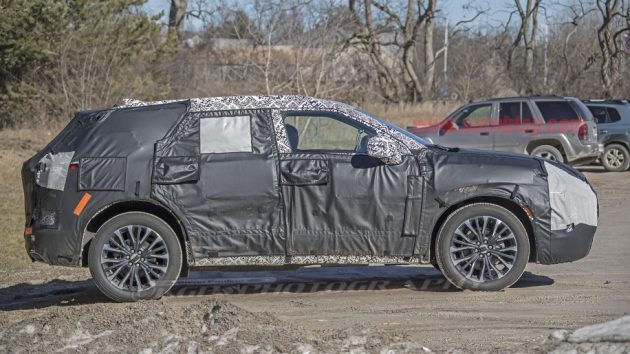 Exterior and Interior of 2020 Chevrolet Blazer

The exterior of new 2020 Chevrolet Blazer is looking more modern compared to the ongoing Chevy lineup. The traditional and conservative look is being abandoned in favor of more up-to-date design. The roofline is lowered from front to back, and belt-line is set pretty high. This gives the Blazer SUV a more sporty, aggressive look. The ground clearance also looks higher than it’s on other Chevrolet SUVs. The nose is long, giving the car a longer wheelbase compared to the models in the segment. The way it seems now, 2020 Blazer will come offered with FWD and AWD. This conclusion is drawn from the fact that front wheels lie close to the base of A-pillar. This vehicle will most likely ride on the platform used by GMC Acadia. 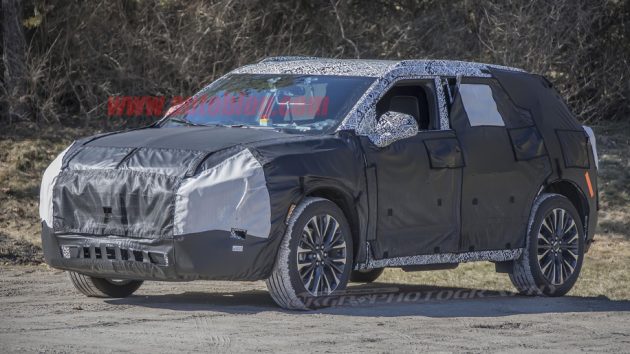 The spy photos also offer a good look on the inside of this SUV. The display will be a touchscreen powered by Chevy’s MyLink. But unlike other Chevrolet models, this one will have a hexagonal shape. Compared with Traverse’s or Equinox’s clear rectangular display, new Blazer does look like it’s built for the future. The air vents that are positioned at the bottom of the center stack look like they are borrowed from the new-gen Chevrolet Camaro. As far as the steering wheel goes, it shares some of the traits with Silverado truck. All in all this SUV seems to be a combination of all good sides of other Chevrolet models. 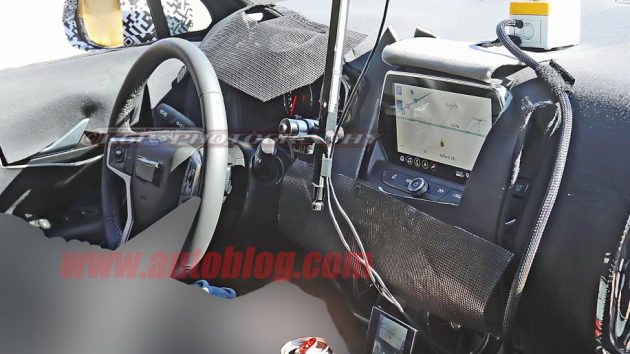 In the end, we need to come back to the name of 2020 Chevrolet Blazer. The rumor has it that Chevy will look to revive the Blazer name. They even suggest that TrailBlazer is also an option. The names are recognized among the fans of the Detroit-based company and car market in general. In the past, Ford has revived Explorer and Taurus brand-names with fair success. But, Chevy already has TrailBlazer on non-US markets. We’re not sure that they will want to confuse buyers by selling different SUVs with the same name. Regardless of them being sold in different markets.

New Blazer is expected early next year. The SUV will be sold as 2020 MY when it hits the market in 2019. Considering that Chevy is a company based in Detroit, we can speculate that they will present it to the world at 2019 Detroit Auto Show.

It is too early to talk about the price. But considering that Chevy is planning to slot 2020 Chevrolet Blazer between Equinox and Traverse, the value will be arranged accordingly. Equinox is priced from $24,000 for the base level model, and it goes up to $37,000 for fully loaded LTZ trim. Traverse, on the other hand, is starting at $30,900 for L trim. Top tier Traverse High Country goes for $53,000.

Here is a video review of 199 Chevrolet Blazer. How much will 2020 MY differ from this old SUV?

The long anticipated improved version of the Chevy Captiva will soon be released, as far as preliminary rumors are true. …