The sixth generation of the Camaro has been around for only a couple of years now. Even though it still is relevant, it seems a new model is already in the works. General Motors decided to keep quiet about it but the 2019 Chevrolet Camaro has already been seen testing on the open roads. Despite the fact the car was heavily camouflaged, the changes seem to point out at a mid-life update which is very interesting considering it has been around for not that long. This update is likely going to get the car closer in design to its siblings. On top of that we should see new engines and possibly a revised running gear as well. Some also suggested that with the 2019 version of the Camaro they may start offering a new set of trim levels better fit for the current US market. Why? Well, there are a lot more people out there more interested in how the car drives than how fast it is in a straight line.

There is no doubt about the fact the chassis of the new Camaro will be mostly identical to that of its predecessor. This means the car will still be based on the same Alpha platform which provides a good amount of flexibility. On top of that this platform is one of the stiffest and lightest on the market which is not really an easy feat to achieve. The new Camaro will likely get a new suspension setup. The rear end might receive a thicker sway-bar, new bushings and possibly revised shocks. This would reduce the car’s snap-oversteer to a minimum which should make it considerably better to drive than before. In the front it may receive revised shocks and springs to better complement those in the back. You will probably understand, that when the car is this early in a development phase, it was difficult to determine just how much will the price be. The increase is a possibility with the addition of new transmission and smaller design tweaks. For comparison, the current gen Camaro goes for $25,000 in a base edition, while for fully loaded 2018 Camaro ZL1 1LE you need to part way with almost $70,000.

The release date of 2019 Chevrolet Camaro is expected to be set for late 2018. The current generation of Camaro is pretty young, so the Detroit-based company won’t rush itself to put the new version on the market. In addition to conditions on the market, they need more time to complete the process of a mid-cycle refresh. At this moment we are almost one full year away from the official presentation. This is just our estimation but with how the thing goes with models popular as this, Chevy will probably show-off its pony car in the summer months of following year.

It seems the largest change on the 2019 Chevrolet Camaro could be the way the car looks. Even though Chevrolet didn’t release any official pictures so far, the car has been spied testing as a camouflaged test mule. This had its front and rear ends covered by plastic and fabric camouflage which did a really good job hiding the most important parts of the car. However, we can clearly see that in the front the upcoming Camaro will be quite a bit different than its predecessor. The headlights seem to have moved down while the grille is definitely lower than before. 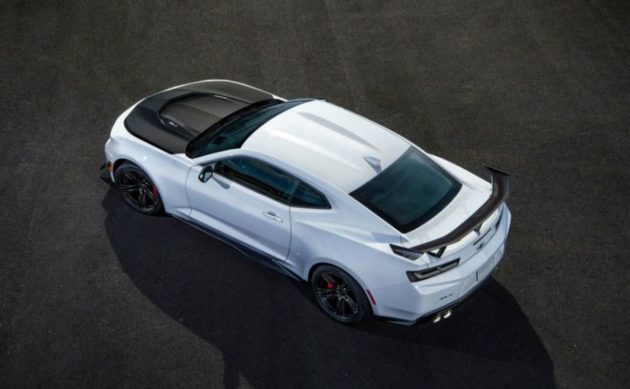 The previous massive air intake from its front bumper also seems to be gone. In its place GM seems to have installed a slimmer intake but with a larger splitter than before. The fenders in the front seem wider as well while in the back the car looks like it had receive wider quarter panels as well as an entirely new rear end. The latter seems to be much closer in design to that of the Corvette.

Not much will change on the interior of the 2019 Chevrolet Camaro but this was to be expected. The car will continue to offer the same dashboard and instrument cluster as before. However, some suggested GM could start offering a new digital instrument cluster as an option. On top of that the materials might improve slightly on the lower end models while the infotainment system could be replaced by one of GM upcoming units. 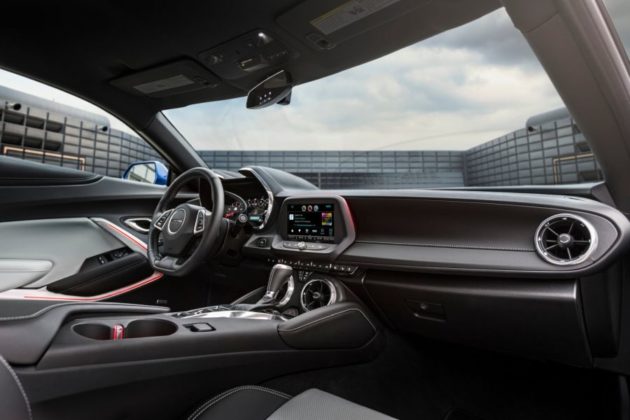 The top end model, the ZL1, is likely going to stick with its 6.2 liter supercharged V8. With 650 horsepower and 650 lb-ft of torque this engine would still be more than enough to make the Camaro one of the fastest production cars out there. The big difference will be the replacement of the old 6 speed automatic with GM’s new 10 speed gearbox.

The 2017 Chevrolet Zora ZR1 is one of the cars which most car enthusiasts out there are currently talking. This …