The wait for a new Honda Pilot was over a few years back after the Japanese manufacturer presented us with a new model. Now only two years after that they have been caught testing what’s to be a 2020 Honda Pilot. The current version rides on a new platform has a good-looking design, and is packed with modern technology.

These updates changed once rugged SUV to a more upscale vehicle. Now, with their newly-found success, they have planes on further enhancing this car. 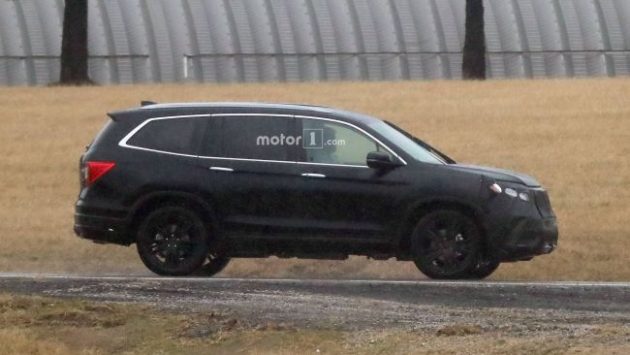 The set of spy photos that we have on our hands show updated Pilot under tests, with its nose covered up in dark camouflage. We are not sure to what extent does Honda plans to alter 2020 Pilot compared to today’s model, but looking at the camo, they are focused on the front fascia. The grille, headlights, and bumper are most likely going to be replaced. Same can be said for the taillights. According to sources close to the Minato-based company, they are looking to make 2020 Honda Pilot similar to Honda Accord regarding exterior design.

On the inside, you shouldn’t expect any ground-breaking novelties. The ongoing Pilot SUV already has an eight-inch touchscreen and is compatible with Apple CarPlay and Android Auto.

As we are accustomed the changes on any vehicle that undergoes mid-cycle refresh are mostly limited to the exterior. But, new Honda Pilot might come with some tweaks under the hood. The option which will be added for 2020 MY is a plug-in hybrid similar to what Honda Odyssey has. The electric motor powertrains will be the same ones that come with Honda Accord.

The standard offering is going to be same as it’s on the ongoing Pilot. The unit in question is 3.5-liter V6 with 280 horsepower and 262 lb-ft of torque. Transmission available on LX, EX, and EX-L is a six-speed automatic, while top-tier Touring and Elite trim offer a nine-speed gearbox. 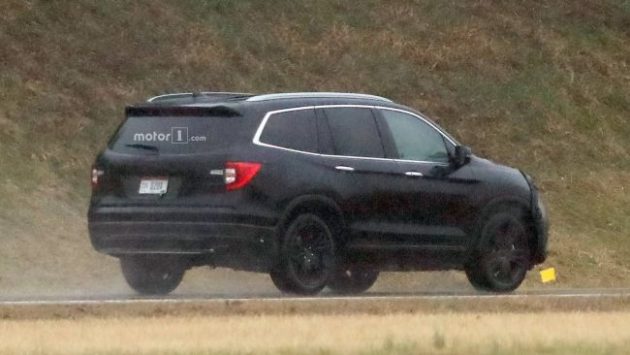 2020 Honda Pilot is expected to hit the market late in 2018, or early in 2019. The more likely option is that Honda will release its SUV on the later date one year from now. The vehicle is expected to be sold as 2020 MY although you shouldn’t be surprised if they choose to brand it as 2019 MY.

The price will go slightly up, justified by the exterior touches and small tweaks here and there on the inside and engine department. But, don’t worry it won’t stray far away from what we have today. The entry-level FWD 2018 Honda Pilot LX comes at MSRP of $32,000. Moving up, you have much better equipped EX and EX-L trims that begin at $34,300 and $37,735 respectively. Touring versions starts at $44,800, but with the addition of Honda Sensing System, it rises to $45,845. AWD will cost you additional $1,800. And finally, at the top of the range, you have Pilot Elite which is priced at $48,445.

Below you have video review of ongoing Honda Pilot:

North America has long been waiting for Honda to bring its Type R Civic to its shores, and that moment …