Since it hit the market, the GT-R increased gradually in price up to a rather high $111,000 for a current base model. While most people considered it a supercar killer in the past, this is not really the case anymore. However, it looks like Nissan is on a roll and they are about to release a new version for the car. This is likely going to be the last iteration of the current GT-R which they will most likely discontinue in the upcoming years. This is because Nissan is already readying a new and improved version which should get its supercar killer status back. The car that will hit the market in the upcoming months is the rumored 2019 Nissan GT-R Nismo. Even though so far Nissan hasn’t confirmed it, photographers managed to take a good glimpse of the car on the Nurburgring.

Just like before, the Nismo is going to be the track focused version of the GT-R. This will boast less weight, more power and an upgraded running gear. The end result should be a noticeably faster vehicle without having to compromise on anything. While the specifics are still unknown, we can expect around 100 pounds less than before. Its center of gravity should also go down thanks to lighter roof, hood and trunk. These alone should make the new Nismo quite a bit more impressive to drive. 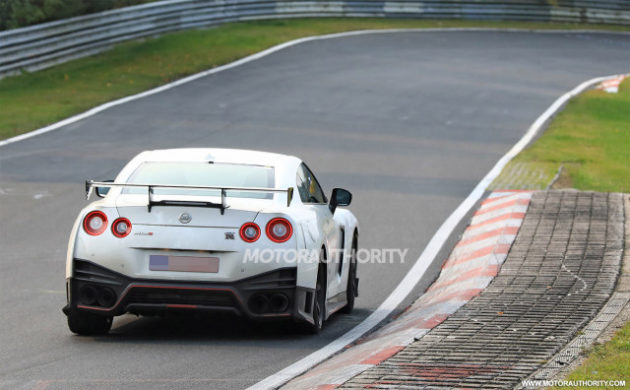 The 2019 Nissan GT-R Nismo is more than likely quite close to production. Even though so far the manufacturer decided to keep quiet, it is obvious the car is nearly done. We can expect it to hit the market in the next couple of months. Its price should be quite a bit higher than that of the regular model. Some suggested $150,000 wouldn’t be that unusual and we tend to agree with that. This would make the Nismo one of the most expensive cars Nissan ever made. 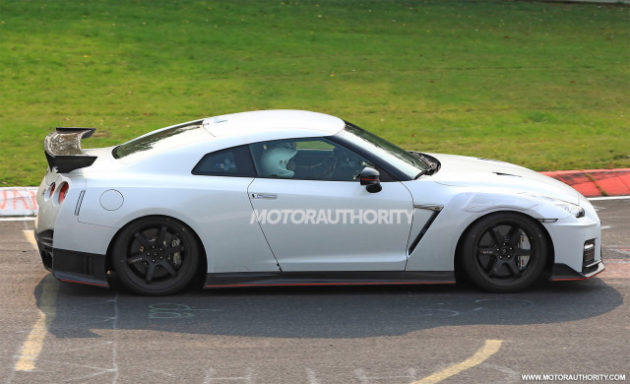 The exterior design of GT-R Nismo

From the development prototype we can clearly see that Nissan will alter the look of the car. However, they won’t do this just to make it more aggressive. Instead, the modifications will allow the Nismo to be even faster than ever before. We can see a new front end with a larger splitter, with air canards, Venturi intakes on the hood as well as new side-skirts and a larger diffuser. There is also a massive fixed rear wing which should help the Nismo corner quite a bit faster than before. As before, the car will continue to use the 6-spoke wheels which have been a trademark for Nismo for a while.

Even though it will be the high performance version, the 2019 Nissan GT-R Nismo will definitely continue to offer a rather well equipped cabin. We can expect it to boast the same features as the regular model. The major differences will be the seats and the materials Nissan will use inside the cabin. We can expect more supportive seats with more options to adjust as well as a new flat-bottom steering wheel. Instead of the regular leather the car is more than likely going to use quite a bit of Alcantara which will elevate the driving experience. 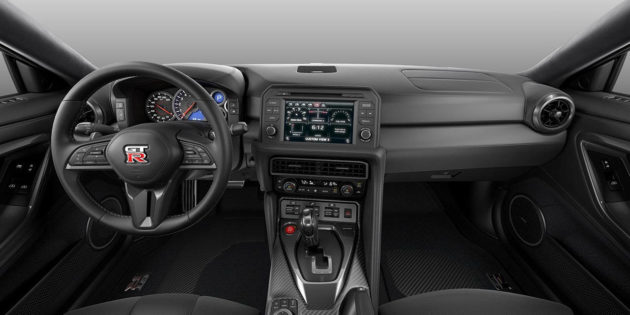 All versions of the GT-R have the same 3.8 liter twin-turbocharged V6. The difference comes in the output of the engine and in its management software. It looks like the 2019 Nissan GT-R Nismo is not going to be all that different. If the rumors are correct, the car will use a similar engine to the current Nismo which makes a rather impressive 591 horsepower and 481 lb-ft of torque. Some suggested that with the help of a different set of turbochargers and likely a different exhaust, the new Nismo would get closer to 620 to 630 horsepower and up to 500 lb-ft of torque.

Thanks to being lighter, this should allow the car to hit 60 MPH faster than before while also providing a far better in-gear acceleration. The gearbox will likely remain the same 6 speed dual-clutch automatic as before. While we hope for something better, chances are Nissan is not going to change much about it considering they are already working on the successor for the current GT-R. In order to keep that power in check, some also said the Nismo will get better brakes but this has yet to be confirmed.