Back in 2016 VW released the T-Cross concept, a two-door convertible crossover which managed to impress quite a few people. Well, it looks like they are going to release the car on the market in the near future. So far the details are still scarce but it seems that the model to hit the market will be the 2019 Volkswagen T-Cross. Unfortunately the car is not going to be identical to the concept. Instead, the T-Cross will be Polo’s crossover version, so it should come with quite a bit of usability alongside its perky looks. The car will likely be quite economical and capable on the road and it shouldn’t be that bad off the road either.

Just like with VW’s other small cars, the T-Cross will use the MQB modular architecture. This will be the smallest version of the platform, so it will likely share its track width and suspension architecture with the Polo. While at this point it still is unclear, it looks like the wheelbase might be longer than that of the hatchback. This would allow the T-Cross to provide slightly more space for passengers and luggage. Its design would also get to use this extra wheelbase as it would make it seem quite a bit larger than it really is. Unlike the Polo, all versions of the T-Cross should benefit from disc brakes. It also looks like an all wheel drive system might be available on the higher end versions. This would be quite impressive, especially since some of its rivals are front wheel drive only. 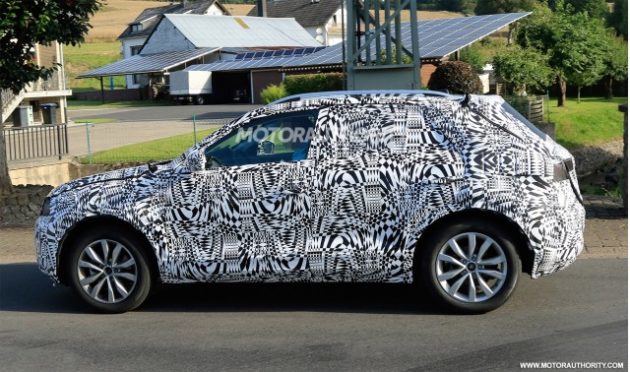 So far Volkswagen hasn’t said all that much about the T-Cross. They did release a few renders but that’s about it. Luckily, not that long ago photographers managed to take a good look at what seems to be the production car. The price should be similar to the Polo, so expect anything upwards of $15,000. 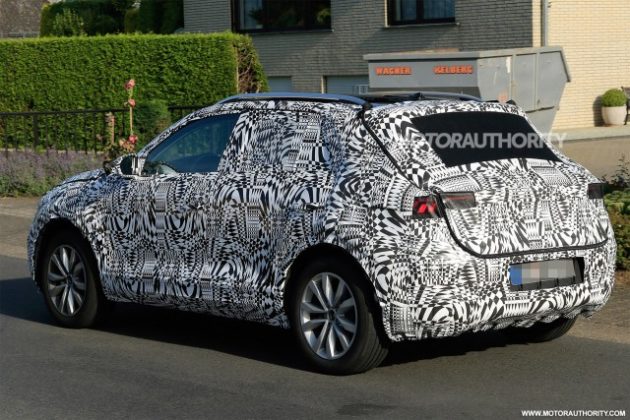 While the concept was a two-door convertible, the production 2019 Volkswagen T-Cross will be quite a bit more different. The production car will feature four doors and a more muscular design than the concept. It looks like in the front the T-Cross will benefit from the same rectangular LED DRLs and fog-lamps as the concept. The large grille and really slim headlights are also likely going to be part of its design scheme. Unlike VW’s other cars, the T-Cross will have more in common with the Audi Q2. The car will get a similar hatch-door with the tail lights integrated into it. Also, the doors and glasshouse is likely going to be nearly identical to the Q2.

Chances are the cabin of the 2019 Volkswagen T-Cross will be mostly identical to that of the Polo. While the specifics are unknown, the dashboard design with the colored inserts and the minimalist look should be the same. However, the T-Cross will benefit from more headroom and legroom. This will likely translate in a slightly different lower dashboard design and a slightly different layout for its seats. This alone should be well worth the upgrade over the Polo which is not exactly the largest car on the market. 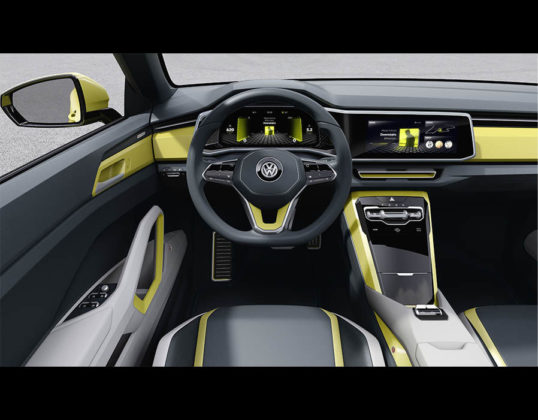 VW hasn’t released what engines the T-Cross will boast. However, it looks like there are a few online publications with inside sources saying some interesting things about the car. The T-Cross will likely hit the market with a 1.0 liter naturally aspirated engine which will offer up to 65 horsepower. A 1.0 liter TSI engine with anything from 75 to 115 horsepower will also be available on the higher end models. The range-topping model will likely use a 1.5 liter turbo-four engine with 150 horsepower. A 1.6 liter diesel with as much as 110 horsepower will be an option. Only the larger engines are likely going to be available with all wheel drive.

Unlike some other cars in this class, all engines should come as standard with a 6 speed manual gearbox. A 7 speed dual-clutch automatic should also be available on the higher end versions. Unlike the Arona, which tops out at 150 horsepower, the T-Cross might receive a hotter version. Some suggested this would get the same powertrain as the GTI Polo which would be able to deliver in excess of 200 horsepower.

Released in 2010, the ongoing generation of the Jetta is not really up to date. The car is based on …