VW was releasing the Beetle Dune concept back in 2014 at the Detroit Auto Show and not even a year later they showcased their concept once again at the Los Angeles Auto Show with the promise that the car would enter production as the 2017 Volkswagen Beetle Dune thanks to the overwhelmingly positive reviews it received from people. We have to say that even though the car serves very little purpose when it comes to actual functionality over the base model, the actual concept of a coupe-crossover is very interesting and we would see how it would appeal to many people. 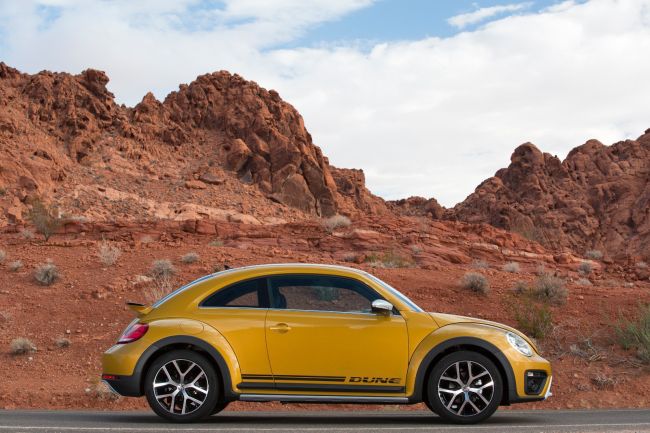 Let’s start our preview of the upcoming Beetle Dune with the basics of what it is and why is VW making it? Well, to start things off, the Bettle Dune is going to be launched on the market as a specialty trim level for the Beetle in order to allow people to use their all new car in rougher areas as well and also to make it look a bit beefier. So what is it then? As we said before, the Dune is pretty much a regular version of the turbocharged Beetle to which VW added quite a bit of bodywork in order to make it look and feel tougher. While most of the new panels are basically there to make it look nicer, the car should also fare quite a bit better on rough roads because its entire underside is now protected by nice thick black ABS plastic which should be quite durable in the long run. 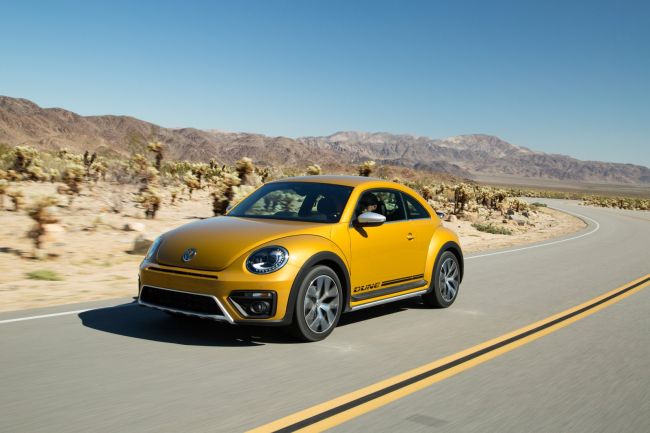 One of the most interesting parts about the 2017 Volkswagen Beetle Dune is that it starts at just under $25,000 which makes it great value for money, especially since it will certainly appeal to many of the younger customers. The only real problem we have with it is that VW decided to offer it just with the 1.8 liter turbocharged inline 4 petrol engine which is quite potent with its 170 horsepower and 184 lb-ft of torque from just 1,500 rpm, making the Beetle feel quite a bit faster than it really is. This will get the car to 60 MPH in just 7,4 seconds which is quite good for a car in its class and it should be able keep up with most cars on the road.

However, despite having a single engine, by far one of the largest problems of the Beetle is that a manual is not available which is a real missed opportunity here. Instead VW is offering the car with front wheel drive only and a 6 speed automatic which is luckily one of the faster transmissions out there. 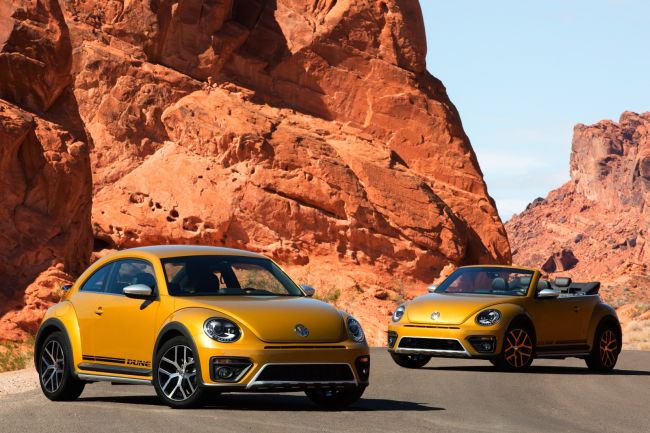 Interior and Exterior of the 2017 Volkswagen Beetle Dune

As standard the 2017 Volkswagen Beetle Dune comes with pretty much the same interior equipment you would fine in a regular model with a few minor differences. For starters, VW’s new Car-net infotainment system is available as standard and so is the new 6.3 inch touch-screen which is far more responsive than the previous generation. Manual air-conditioning is also offered as standard while a pair of rather supportive front seats are also available. The steering wheel is quite similar to that of the Golf GTI but it comes instead with the Dune inscription on the flat bottom. As with any other Beetle, the interior is offered in contrasting colors to the exterior. 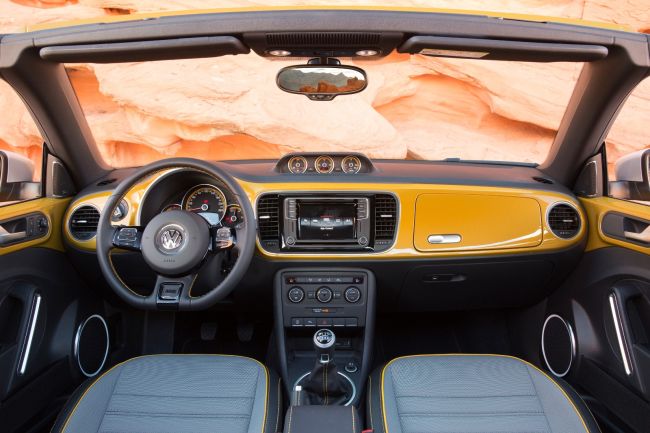 The largest changes over the regular version are on the outside where the Dune really manages to impress. Even though it is a new car, it somehow manages to make us think about the 1970s modified Beetles with its large rear spoiler, beefy body kit with silver and black inserts and large 18 inch wheels which are all offered as standard on the Dune. 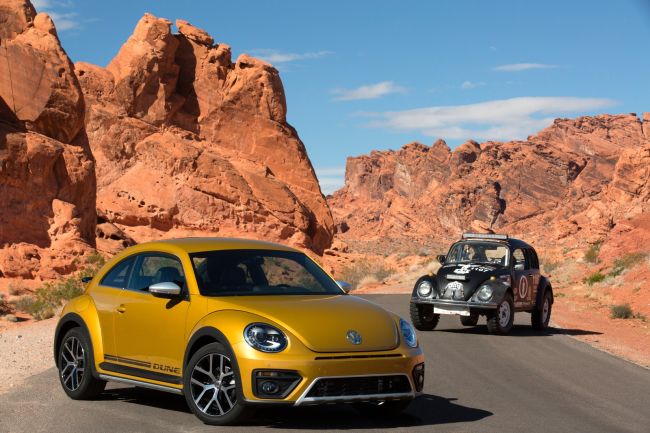 The second generation of the Tiguan has been released back in 2016 in Europe. However, the US model has just …

New Jetta from VW will debut at the upcoming 2018 North American Auto Show in Detroit. For 2019 Volkswagen Jetta …