The all-new Maserati’s full-size luxury SUV is about to be officially revealed to the public and since its first introduction and announcement in the form of the Kubang Concept car presented at the 2011 Frankfurt Auto Show, the model was looked at quite skeptically by the Maserati fans. After the production model, the 2018 Maserati Levante, was unveiled at the Geneva Motor Show in March, 2016, most of the initial skeptics were quite amazed with the new Levante’s performance and, frankly, so are we.

The new Levante won’t lack any luxuriousness we’ve accustomed to see in a Maserati model and, of course, we will see some pretty powerful engines under the hood of this luxury SUV. Starting at $72k for the base Levante, equipped with a V6, the price tag is quite decent, especially given the performance and the famous trident sign that has been around for quite some time. 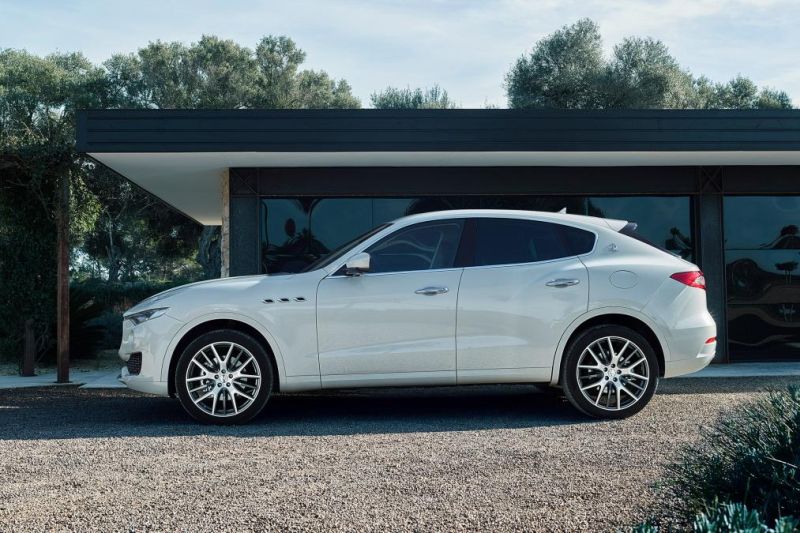 The 2018 Maserati Levante will have a pretty decent power plant under its hood. It is basically the same engine, but with different power outputs. The engine is the 3.0-liter turbocharged V6, which, in its less powerful configuration is capable of producing 345 horsepower, with a maximum torque output of around 369 pounds-feet of torque. This version is able to propel the car from 0 to 60 in 6 seconds flat. The Levante S will come with the second variation of the engine, but with a more generous power output of 424 horsepower and a peak torque output of 428 pounds-feet of torque. The acceleration of this engine is slightly better than the former mention version, and it is capable of reaching 60 from standing in just over 5 seconds, 5.2 to be exact. 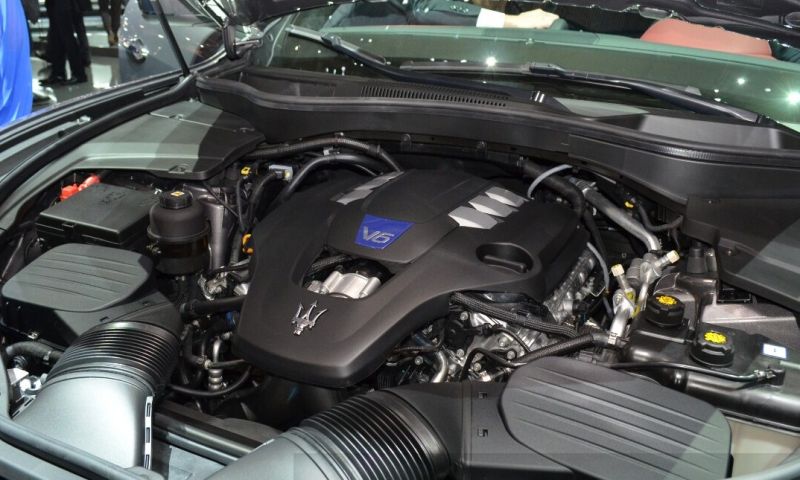 Maserati decided to add a diesel engine to the lineup and we hope everyone will appreciate that gesture. As far as the engine itself is concerned, it will be a 3.0-liter V6 diesel engine, capable of outputting 270 horsepower. Performance-wise, this engine is capable of reaching 60 mph in 6.9 seconds, with a top speed set at 143 mph. The diesel engine emits around 190 g/km of CO2, while the more powerful petrol emits 253 g/km of CO2. The driving configuration will be four-wheel drive that will be standard. 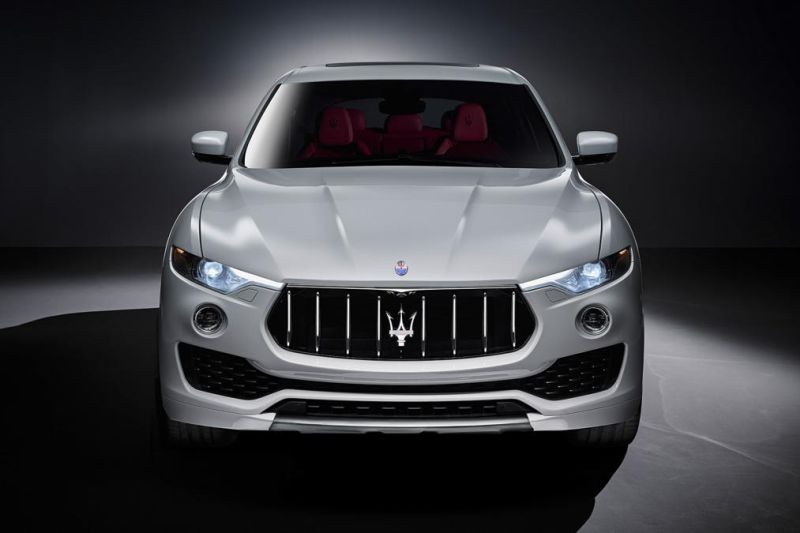 The new Maserati Levante is an amazing looking piece of modern art, we have to admit. The front looks powerful and aggressive. Large front grille with waterfall chromium plated vertically positioned breaks feature precision craftsmanship with a crown jewel in a form of the famous Maserati trident, placed in the center. The front bumper features large, single body air intake opening, stretching across the entire front bumper. The headlights couldn’t be thinner and sharper, featuring razor sharp edges, resembling a bird feather. The fog lights feature circular shape and are positioned just under the headlights. Officials state that the model will have a remarkably low coefficient drag of 0.31, that will greatly improve the performance of the car. 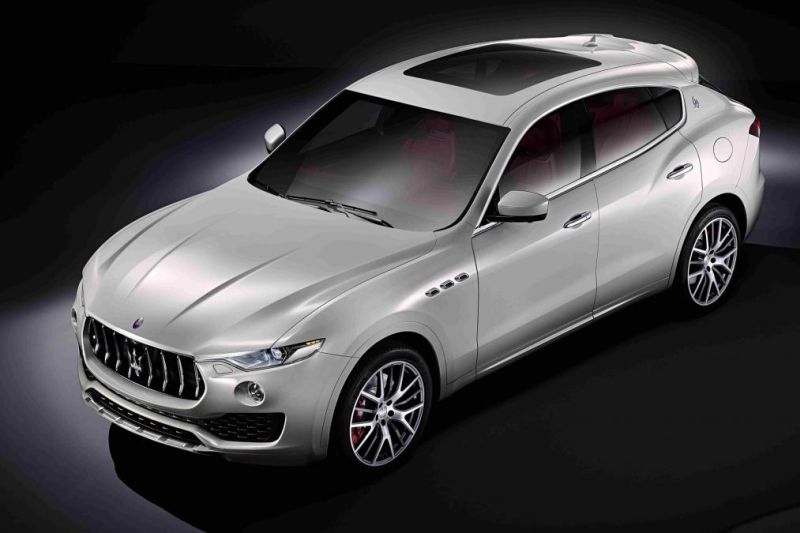 On the inside, the new Levante is bursting with luxury elements. Leather upholstery, leather coated steering wheel, minimalistic dashboard and central console design and enough space for everybody are something that’s expected, but, nevertheless, worth mentioning. The new model will have a large 8.4-inch screen with infotainment system, an 8-speaker audio system, with the possibility for an upgrade to a 14-speaker audio system with 900 W of power, signed by Harman Kardon and even a 17-speaker system signed by Bowers & Wilkins. The Zegna Edition of the model will even have the option for coating certain parts of the interior with Ermenegildo Zegna Silk and even wool. 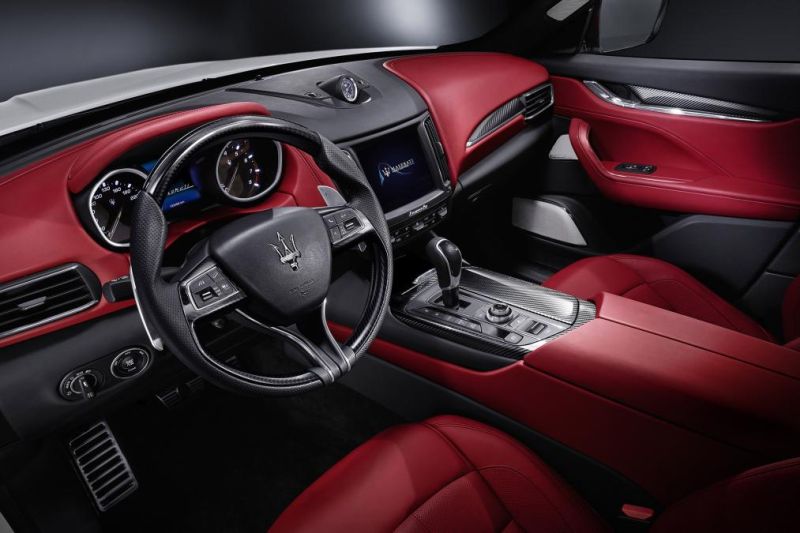 Pricing starts at $72,000 for the base model, while the S model will start at $83,000 that will have a 424 horsepower engine, as we previously mentioned. The model will go on sale this September.