Although the Acura has a pretty long history, as far as the supercars are concerned, Honda hasn’t actually done anything to help their top of the line NSX model, despite its tremendous potential. Over the last 25 years of its existence, the NSX made quite a lot of fans all over the world and many of them could never recover from the fact that Honda pulled the pluck back in 2005 regarding this model. However, back in 2012, at that year’s Detroit Auto Show, Honda unveiled that the NSX is back on the map, looking strikingly as never before. They didn’t stop there but decided to add Type R model in the future. The mid-engine supercar that will cost just a fraction of its main competitors, that will implement state of the art technology and be a car for everyday use at the same time, is something really worthwhile. Scheduled for debut sometime in 2017 as a 2018-year model, the 2018 Acura NSX Type R will surely rock the supercars world. 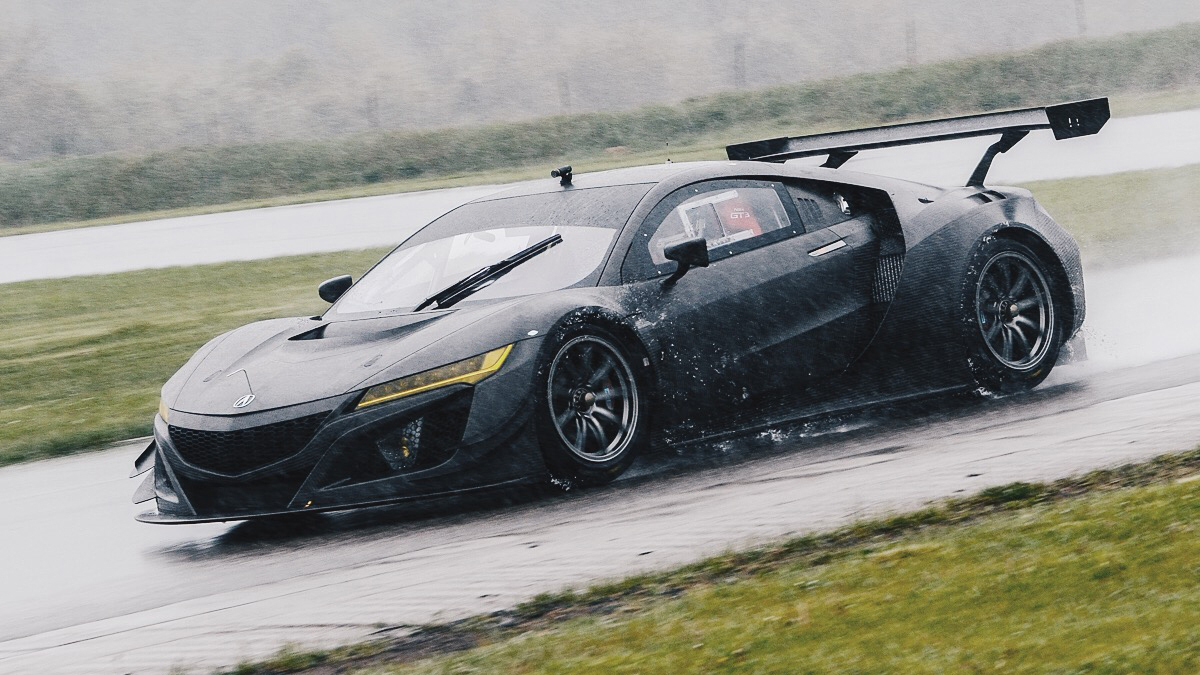 Although the engine specifications are not yet available as official, some rumors are worth taking as true. The new NSX will surely be a best in every segment and especially when it comes to the engine and overall performance. The beating heart of the new NSX will be a 3.5-liter turbocharged V6 petrol engine, accompanied by three complementary electric motors, one sandwiched between the engine and the transmission system and one at each front wheel. Together they pack a significant punch and we’re dying to know the exact output, as the officials have pointed us “north of the 550 horsepower range”. Not a bad start, to be honest.

The 2018 Acura NSX Type R will feature a technological feature, called Sport Hybrid Super Handling All-Wheel Drive system, which uses front axle torque vectoring and a launch mode for ultimate stop gateways, pretty much like a technique found on fighter jets, called thrust vectoring, only scaled to cars. Also, the NSX will have Honda’s Integrated Dynamic System, which coordinates the powertrain and chassis responses. There will be four driving modes one can choose from – the Quiet (which uses only battery as the main source of power), Sport, Sport+ and Track, that enables you to fully unlock the car’s performance capabilities.

Performance-wise, the NSX Type R will be able to keep up even with the most expensive supercars of today, with its acceleration from 0 to 60 in just under 3 seconds, reaching top speed of around 200 mph. The engine will be mid-positioned and mated to a 9-speed dual clutch automatic transmission system. 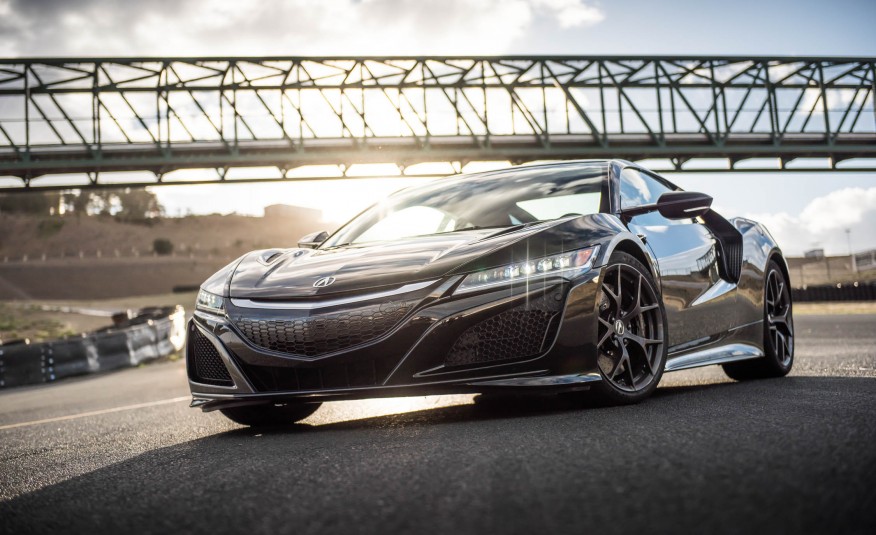 Interior and Exterior of 2018 Acura NSX

On the outside, the new Acura NSX looks as powerful as one supercar can get. Sharp edges, large side air intake openings with honeycomb protective mask and especially beautifully razor sharp sword shaped LED based headlights give this car a unique look, despite the supercar’s nature to be avant garde in every way. 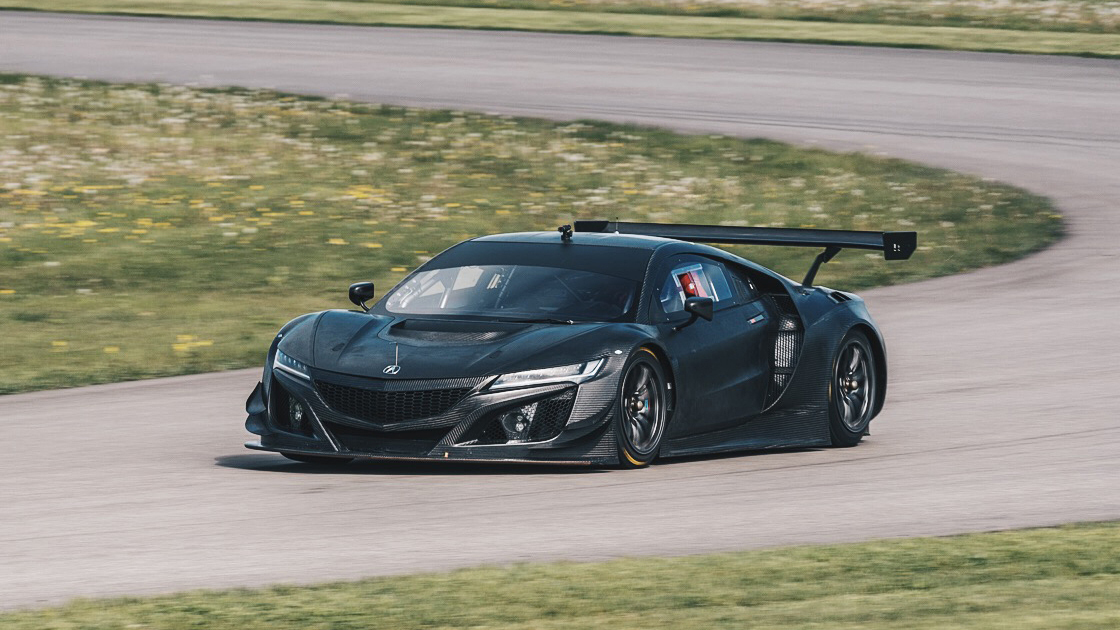 As far as the interior is concerned, the model is, of course, a two seater. Luxury elements, such as leather upholstery and leather coated three-spoke steering wheel with contrast stitching are present, as well as abundance of tech features, such as the large LCD touchscreen with infotainment system, automatic climate control system and many safety features, such as blind spot monitoring, ABS, child lock, security alarm, airbags for both the driver and the passenger and much more. 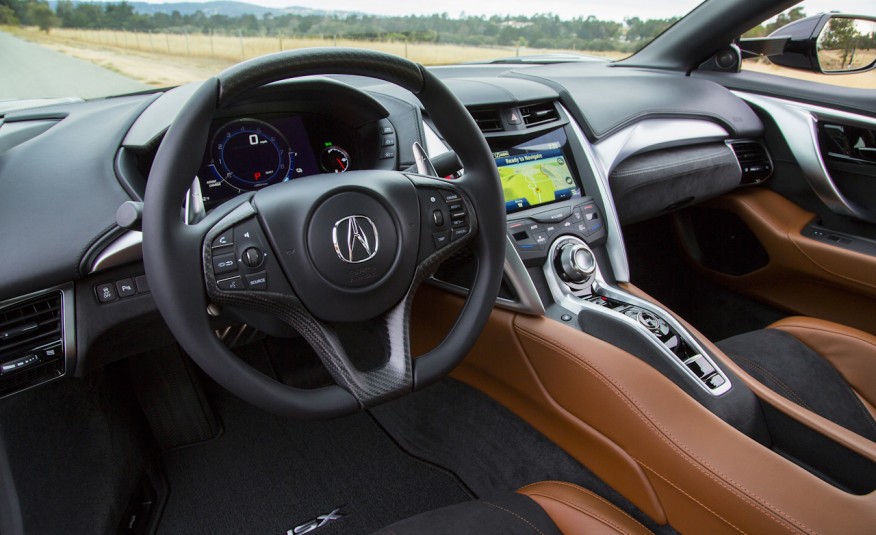 As far as the prices are concerned, nothing is official yet, but some estimations circle around stating that the 2018 Acura NSX Type R will cost around $150,000 for the base model and be revealed somewhere by the end of 2017. The model will be marketed and sold as a 2018-year model. Considering the performance and everything else, the new NSX is surely worth both the wait and money.