The ILX is Acura’s compact executive sedan which has been released back in 2012. The car went through a midlife facelift back in 2015 and it seems that it won’t go for much longer. Considering that Honda released the new Civic a while ago, it is safe to assume the upcoming 2018 Acura ILX is not far. Unfortunately Acura didn’t release any official information about the car up to this point. Despite that it seems the new model is in the works so it shouldn’t take too long until we are going to see the first camouflaged versions of the car. For starters, the new model is expected to be slightly larger than its predecessor. On top of that Acura may decide to return to their roots with the ILX. The car might become a sports executive crossover just like its predecessor, the Integra.

The new car is going to be based on Honda’s new highly modular platform. This also underpins the Civic. The new platform is mostly made out of high strength steel so it should give the car increased structural rigidity and it should make it safer as well. The new chassis will also offer a lower center of gravity which is huge, especially in a sedan that will be aimed at those looking to drive and enjoy their cars. With the new platform we can also expect a new running gear. This will still be a fully independent setup but this time around the car could feature adaptive shocks at least as optional extras. If they manage to do it then the 2018 Acura ILX should have no problems becoming the sports sedan it was always meant to be. 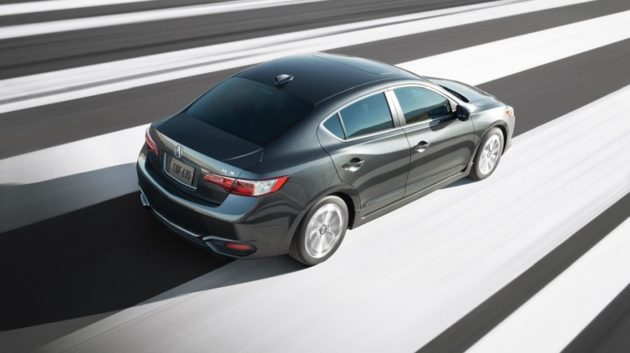 The current car offers an understated design which most people love. The new 2018 model will more than likely follow its predecessor, so don’t expect anything too crazy like its sibling, the Civic. Instead the car will more than likely share quite a few design cues with the larger TLX. Expect the 2018 Acura ILX to get the same new front end with the pentagonal grille, the honeycomb mesh, the all new LED headlights as well as the more muscular look of the body. The big difference between it and the TLX is going to be the size as well as the car’s roof-line. Some suggested the ILX could receive a coupe-like roof-line in which case it would become one of the prettier cars around. We do hope these are more than just rumors.

The upcoming 2018 Acura ILX will definitely get rid of the two-screens infotainment system or the dated design of the dashboard. Instead of all of that the car will boast an entirely new design scheme which should allow Acura to finally get noticed. For starters, this time around the center stack is more than likely going to be angled slightly towards the driver. The instrument cluster’s cowl is also expected to decrease in order to offer a better view. These combined should allow the driver to enjoy the driving experience more and together with the tweaked running gear, the ILX should easily become one of the most fun to drive executive sedans on the market.

So far the car has only been available with a naturally aspirated 2.4 liter inline 4 gas engine. While this is still fine with its 201 horsepower, it will more than likely be discontinued for this new generation. In its place the ILX will definitely receive Honda’s brand new 1.5 liter turbo-four. This engine will also power the new Civic Si, so it should be no slouch. In fact early rumors suggested the engine will make north of 200 horsepower and 220 lb-ft of torque, thus making it more powerful than its predecessor.

Thanks to the added torque the engine should make the car feel faster even at highway speeds at part-throttle. The 8 speed dual-clutch gearbox is likely going to be replaced by Honda’s new 10 speed automatic which is said to be just as fast while offering better fuel economy. Some also suggested the new ILX could receive a second engine choice. Honda’s 2.0 liter turbo-four would allow the car to shine but this engine would likely make the car faster than the TLX so Acura may just decide to stick with the smaller engine in order not to cannibalize the sales of the larger TLX. 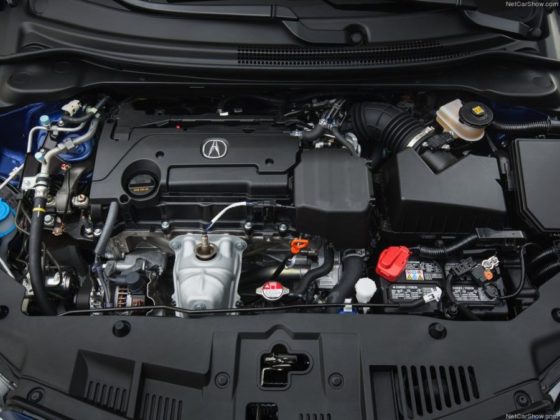 There is no date set for the release of 2018 Acura ILX, but the vehicle is expected to debut before the end of the year. Considering that no test mules were spotted, it might be possible that we are going to have to wait for new ILX until 2018. As the time progresses, we will have more information and will keep you updated.

The price, on the other hand, shouldn’t change much. At least at the entry level models. Current ILX starts at $27,900 which is more than acceptable for a model of this stature. The price will rise on the upper scale models thanks to the ton of additional options and upgrades.