The RDX is a luxury crossover for those who value comfort over driving characteristics. So far the car has been quite successful but things will have to be a little different if Acura wants the car to be successful. Luckily for us the car was slightly refreshed few weeks back. Even though Acura didn’t want to confirm the 2018 RDX rumors, the changes have happened and it will was sooner rather than later. Why? Well, the RDX had the same platform as the CR-V and the latter has been heavily revised a few months ago. Because of that it was safe to assume the 2018 Acura RDX will follow path.

The fact was that the car’s prototype was already spied testing on the road and it didn’t have that much camouflage covering it. Because of that we saw a few key design choices which were going to make the new RDX a far better choice than it was before. Unfortunately Acura decided not to change the RDX all that much at least not for this MY.

Even though it will still share its platform with the CR-V, the new RDX will be better to drive, more comfortable and considerably better built than its sibling. The car is built on Honda’s new highly modular platform which is mostly made out of high strength steel. For the RDX they have also used aluminum in key areas on the body in order to offer a more rigid package than otherwise. The end result should is a body with up to 100 pounds lighter than before. However, even though it is lighter, the car is also longer, wider and lower than its predecessor. This allowed Acura to achieve the premium-crossover stance they have been pursuing for so long. The other main advantage of the new platform is the much lower center of gravity which should also allow them to offer a better to drive car than before.

The 2018 Acura RDX now has an all new set of features as well as an entirely new design. These should allow it to become a much more competitive offering than ever before. The design of the cabin is definitely something new, especially since up to this point most of Acura’s cars were similar to their Honda counterparts. This is not the case with the new RDX. Instead of the odd and hard to use two screens infotainment system the car received the new unit from the CR-V. On top of that the dashboard now has a cleaner shape than before which is slightly angled towards the driver. The end result should be a more premium feeling cabin than before. The odd vertical HVAC vents as well as the cheap plastics are also ‘no more’ which is great to hear. 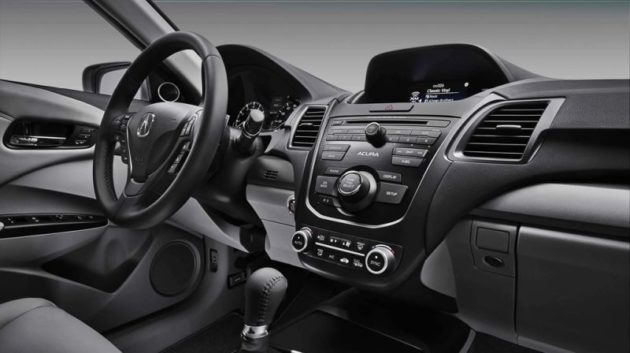 Even though the 2018 Acura RDX didn’t had official reveal, the new car has kept almost identical shape to its predecessor. The front end of 2018 RDX is mostly identical to that of the newly released TLX. The cars share the same grille and LED headlights inspired by the Precision concept. On top of that the RDX seems considerably wider than its predecessor or Honda’s counterpart the CR-V. This allowed Acura to offer a sportier design which should also be more competitive than the one before it. The car is mostly identical to the CR-V in terms of length and wheelbase but it does seem lower. 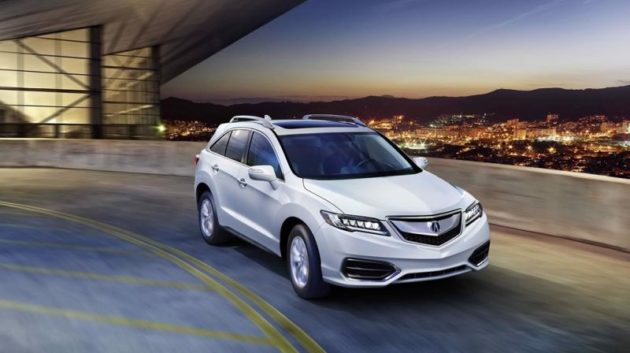 The 3.5 liter V6 unit was thought that is going to be discontinued like its currently happening with Accord. While this engine is powerful enough, some were of the opinion that it doesn’t have the fuel economy for today’s world. Because of that the rumors started that 2018 Acura RDX will more than likely come equipped with a 2.0 liter turbocharged four cylinder gas engine. The same unit is powering the new Type R Civic. However, with a different tune in order to better fit a large crossover. It was expect the engine to make north of 270 horsepower and over 300 lb-ft of torque at a really low rpm. For better or for worst 2018 RDX won’t have a new engine, but rather stick to the current powertrain.

So, let’s recapitulate. New RDX will continue to use a 3.5-liter V-6 VTEC which will have 279 horsepower. When tied to the front-wheel drive it will give a reasonable 28 mpg. Opposite of the engine which remained the same Acura decided to pay more attention to its AcuraWatch package. This system consists of various safety components which include forward collision and lane keep assists. The AcuraWatch can be part of the standard RDX or added on any package offered by this Japanese manufacturer. This allows all of the buyers to choose this system without sacrificing any of the safety features for added luxury. Acura will offer ten different version of 2018 RDX, five of these are going to be FWD while other five will have AWD.

Interestingly enough there wasn’t to much hype surrounding the introduction of this crossover. 2018 Acura RDX release happened a few weeks ago without too much media attention. The vehicle is already available in dealerships. Like we already mentioned you could buy it in ten different aberrations. The pricing is also available. As you can see in the picture bellow, it starts with $35,800 for an entry model. The most expensive version of 2018 RDX (RDX AWD with Advance Package) comes at a price of $44,000. 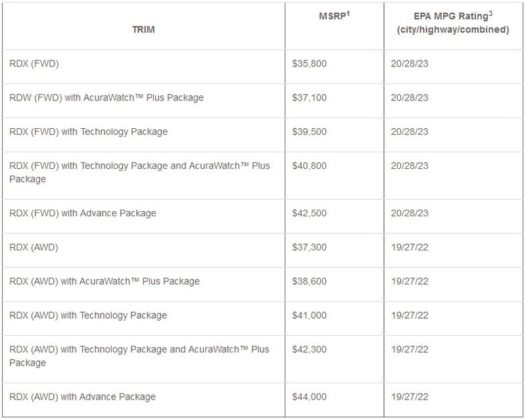