06/15/2017 UPDATE: New 2018 Chevrolet Malibu is coming. Just, not yet. Why not and how do you know? Well, the first prototypes of this vehicle have crossed paths with a spy camera. The test mule was spotted at the GM’s Milford Proving Grounds in Michigan. Despite being heavy covered it was clear that the sedan in question is the upcoming 2018 Malibu.

The first photos of what’s to be new Malibu were taken in April but same as the set we have now they didn’t reveal much. Actually back in April, we weren’t as sure that what we are seeing is the new Malibu. Now we are, after carefully looking at it. The lines and general shape match the one of the ongoing sedan. The changes on the new one will be limited to the front chassis and bumpers on both ends. These updates might affect both headlights and taillights, but that wasn’t possible to determine from this set of photos. On the inside, not much will be tempered with. Maybe some small tweaks followed by addition of some equipment but nothing substantial. This was to be expected because the car was recently redesigned.

Regarding the performance, there’s not much to say now. At the moment no info is available because of early stages of testings. The transmission should be nine-speed like it’s today. The Cruze and Equinox are now equipped with a 1.6-liter turbo-diesel unit, so it’s possible that the same scenario is written for 2018 Malibu. Even if this turns out like false, the hybrid version is the one that will undoubtedly find its way onto the 2018 MY.

The current installment of Malibu has a turbocharged 1.5-liter and 2.0-liter mills capable of producing 160 and 250 horsepowers. The first powerplant mentioned is mated to a six-speed transmission while the second one has the nine-speed automatic gearbox.

Considering that this is only the second time that 2018 Chevrolet Malibu was spotted we won’t speculate about the release date. Stay tuned for more information.

04/20/2017 Review: The 9th generation of the Malibu went on sale in the late 2015 and since then it became one of the favorites in its class. The car is larger than before but despite that it is also considerably lighter as well. This is mostly because it now uses GM’s new E2XX platform which it shares with the new Regal and the Opel Insignia. The car also gets smaller and more efficient engines as well as a sleeker look. However, the Malibu is not perfect so an update might be released with the 2018 Chevrolet Malibu which should address some of its quirks. On top of that, the updated model might also bring to the US a new engine as well as some changes to its running gear. Some rumors also suggested a high performance model which would debut at the same time with its sibling, the Insignia OPC. So far this is just a rumor but both Chevrolet and Opel are known for offering high performance versions for their higher end sedans.

Thanks to the 2016 redesign, and the attention that Malibu received then this time around neither the Chevrolet not the broad audience won’t give it to much credit. Why? Well minus some minor changes and slight price increase there is not going to be anything worth of additional care. For any large scale changes, you will just have to wait for 2019 MY where the car is going to undergo a mid-cycle refresh. The release date of 2018 Chevrolet Malibu is going to be set for late 2017, probably in autumn months. This information wasn’t confirmed by the Detroit-based company, but this is just how things go around in this industry. 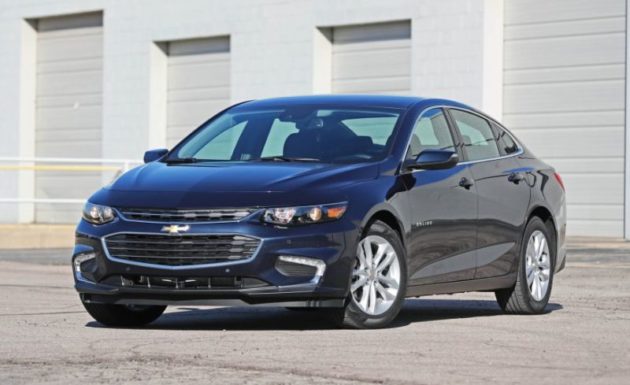 If you look at this part of the car market, it is one of the most price-sensitive ones. Despite this, the Chevy will just have to put the prices a little up, not much, but just enough to make more profit but not too much to upset the customers. Taking this into account, we estimate that the prices for new Malibu will be in a region of $23,000 for L trim, $24,750 for LS, and $26,750 for the most popular of the bunch, the LT. The top trim Premier will boost the price of $32,500, while the hybrid version which is dropping in sales because of low gas prices costs $29,500.

Regarding the competition, Malibu has managed to get into the pot with some serious rivals. Before the 2016 redesign this model wasn’t all that popular, but after that, it became a serious competitor in the compact sedan segment. This trend is going to continue with 2018 MY of Malibu which will give a run for their money to each and every rival out there. Now, let’s see who they are. The list starts with the most popular model in this segment and that is Toyota Camry and goes on to Ford Fusion, Honda Accord, Hyundai Sonata, KIA Optima, Mazda 6, Nissan Altima, Subaru Legacy, and Volkswagen Passat. 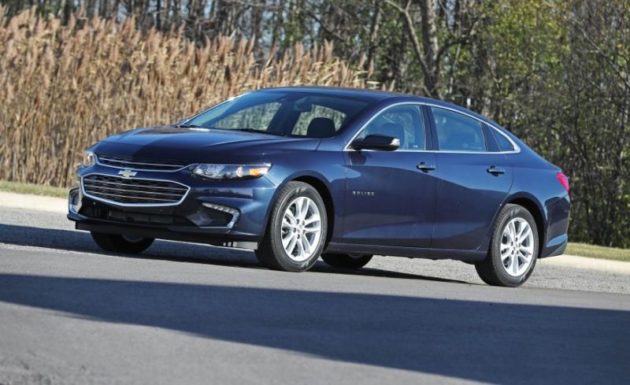 Unfortunately though, some things won’t change with the new car. The thick A and C pillars are here to stay meaning that the visibility all around the car is going to be average at best. It will also keep its rather small fuel tank on the base models and on the hybrid. This came as a drawback for some which needed more than just 13 gallons in one fill-up. The engines won’t get much more efficient either so people needing the extra range are out of luck.

Not that long ago Chevrolet actually released a Sport version for the Malibu. Unfortunately this is actually just a package available for the mid-level models and it only comes with a few upgrades such as new 18 inch wheels and a rear spoiler. If the rumors are true and the 2018 model will receive a true high performance version then expect more than just a spoiler. The car could receive wider tires and wheels, bigger brakes, a more aggressive front bumper and even a modified rear bumper with a dual or quad-exhaust system. All of these will create the an aggressive look to go along with the extra performance it will receive.

We are quite sure the 2018 Chevrolet Malibu will stick with the same design currently found on the ongoing model. The distinctive-looking dashboard, the clear instrument cluster and the nicely laid controls are all going to be preserved. However, the car might receive a few tweaks. For starters, the seats could do with slightly larger side bolsters on their base. On top of that, despite being comfortable, the suspension can easily be unsettled by the road conditions. The 2018 model might receive a tweaked running gear to better cope with the road in order to become more comfortable and also better to drive. The rumored high performance model could get new seats, a new steering wheel and a unique instrument cluster.

There have been some rumors recently about a 2018 Chevrolet Malibu diesel. Even though GM didn’t comment on them, the rumors don’t seem that far fetched. The European Insignia, which is basically the same car, already comes with either a 1.6 or a 2 liter diesel. Chevrolet recently revealed the 1.6 liter diesel Cruze which is a great car. In order to appeal to more customers, they might just release a 1.6 or 2 liter diesel Malibu with anything between 136 and 170 horsepower. The car would use just as much fuel as the hybrid while also offering better performance. The only real drawback would be the unrefined character of a diesel. The rumored high performance model could get to use one of GM’s new turbocharged 4 or 6 cylinder engines which are known to make in excess of 300 horsepower. Unfortunately a 6 speed manual, while highly desired, it is highly unlikely, especially in a car in this price range. 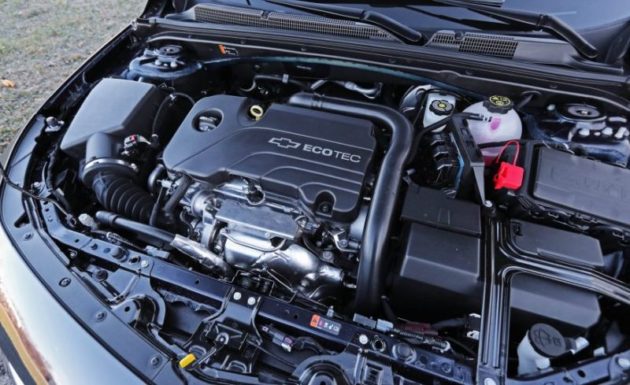 Chevrolet is a staple in the American car industry. The auto giant has a rich history of producing popular vehicles …