Back in December 2016 GM finally took the wraps off the brand new 2018 Opel Insignia. The car is going to replace the older model which has been around for the best part of a decade. The new model has been designed from scratch so it has very little in common with its predecessor. Because of that it should also be a better car which shouldn’t carry the same problems as the older model. For this model, Opel designed the car with more markets than just one in mind. It was previously designed specifically for the European market but this is no longer the case. The car will also be sold in the US from the start and it will have to meet the demands from the US market. Because of that the 2018 new model is larger, better equipped and it should also be better to drive.

The older platform has been replaced by GM’s new E2XX chassis which underpins all their new front wheel drive with transverse engines applications. This platform allowed Opel to make some major weight savings for the new Insignia. In fact the car weighs between 300 and 500 pounds less than before which is very impressive. Despite all that lost weight the car’s chassis is actually considerably more rigid than before. The new model features a nearly 4 inches longer wheelbase and it is nearly 2 inches longer as well. The car is little over an inch shorter in height and it is 0.4 inches wider as well. The most important measurement here is the wheelbase which will allow for considerably more space for the rear passengers. The car will likely hit the market in the mid of 2017 with its price being expected to increase slightly. The older model was with up to $7,000 cheaper than its rivals but this is no longer going to be the case with the new generation of the car. 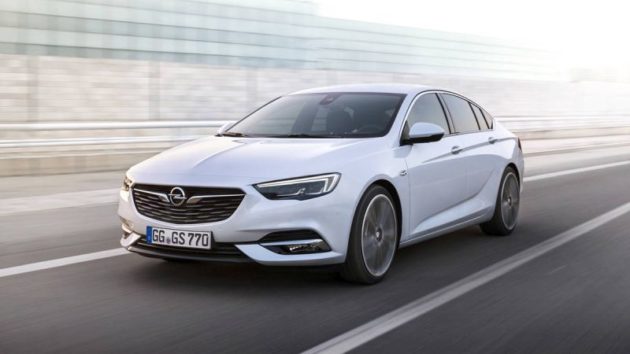 Let’s start with the overall shape of the 2018 Opel Insignia. While the older model was quite short and stubby, this is not the case here. The car is long, wide and quite low and it gives the idea of a true premium sedan. In fact it is way too close to the Volvo S90 in terms of size which is quite impressive. The front end features Opel’s new corporate look with a brand new set of headlights which are slightly swept back. The Opel logo is surrounded by two chrome inserts which really elevate the look of the car. From the profile the Insignia seems to feature very little from the older model such as the lower design line. Besides that though everything is brand new. The rear of the car is at least as impressive as the front end. Instead of following the old design Opel actually developed the look of the Astra even further so the new Insignia now shares a similar design scheme.

It is quite clear that they did a lot of work for the cabin of the Opel Insignia for 2018 MY. The rather cluttered look of the older car is now gone. The dashboard features a minimalist look and all the buttons are easy to reach. The infotainment system features a smaller screen than the average but it seems to be of a really high quality. Also, the instrument cluster features a large LCD screen that shows the car’s rpm but it is likely configurable to the driver’s liking. There is definitely more space than before and the materials seem to be at least as good as on the previous model. 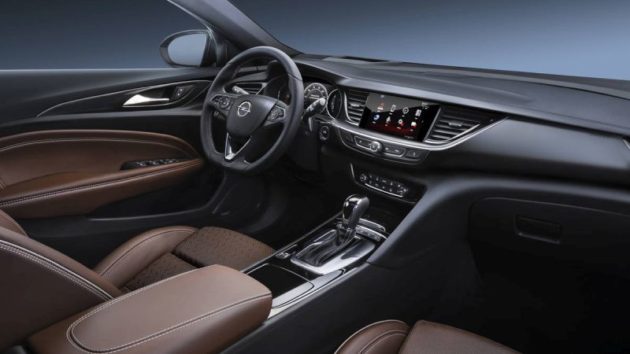 So far they haven’t said much about the engines of the future 2018 Opel Insignia. Despite that it is safe to assume the car will come with engines that will match its competitors. This means that in Europe a small 1.5 liter turbo-four with around 180 horsepower is a real possibility. Also, a 1.6 liter diesel starting at just 136 horsepower could also become available. The higher end models will make use of 2 liter engines ranging from 190 all the way up to more than 250 horsepower. A future OPC version of the Insignia might get to use a 3 liter twin-turbo V6 with north of 400 horsepower but this is nothing but a rumor at this point.