The first generation of the Compass has been a nice to drive go-anywhere crossover. Unfortunately the car sold mostly unchanged for nearly a decade. This meant that its interior was no longer up to date and the materials inside were average at best. However, Jeep released a brand new model to replace it and we are happy to say it is quite impressive. The 2018 Jeep Compass not only replaces its older generation. In fact it also replaces the Patriot, a car which shared the same platform as the first model but it had a more rugged exterior. The new model is lighter and larger as well. It is similarly long and it has a similar wheelbase as well. However, the car is noticeably wider which should improve the interior cabin by quite a bit.

Unlike the older model which used a proprietary Jeep platform, the new Compass uses the FCA Small US Wide. This is the same chassis that underpins the Renegade or even the Fiat 500X. The platform is known to be quite rigid and light. However, it is not the best in its class but it is getting close to some of the best. Jeep hasn’t announced when the car will go on sale. Most rumors suggest that it will become available in the first half of 2017 with a price set between $18,000 and $24,000. We would not be surprised if it ends up costing from $20,000 in which case it would become a steal, especially in a class dominated by the Subaru Crosstrek. 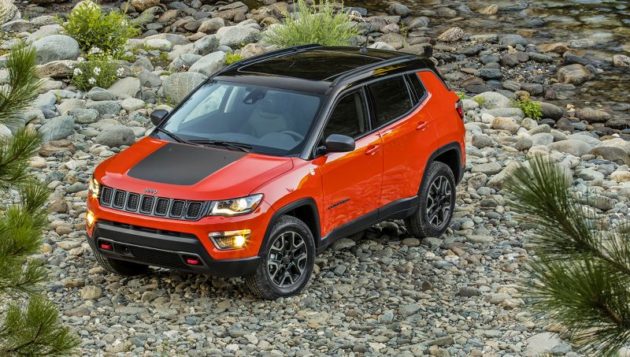 This has to be one of the most interesting parts about the 2018 Jeep Compass. The car looks amazing and it has nothing in common with the older model. This is actually a good thing, especially since the older model dates back before FCA. The 2018 Compass looks on par with the Grand Cherokee and that’s to be expected, especially since it is basically a shrunk version of it. The front end features seven-slotted Jeep grille with black surrounds. The headlights are slightly swept back and the fog-lamps also include the daytime running lights for a modern feel. The lower grille in the bumper seems identical to its larger sibling while from the profile it does look a bit like the Cherokee. The rear has a bit more flair to it but it still reminds us of different Jeep cars throughout the year. Jeep is offering quite a few customization options with it such as contrasting colors on the exterior, different rims and even decal packages. Despite looking a bit too much like its siblings, the 2018 Jeep Compass is a well designed and good looking car, so we are sure it will become successful.

Jeep moved from the angled and choppy interiors of the older models to a curvy and modern-looking cabin. This can be both good and bad. Firstly, it gives people used to modern technologies a really nice place to be. All cars get a touch-screen infotainment system, albeit only the higher end models receive the 7 inch unit with Android Auto and Apple’s Car Play. The overall design of the cabin is quite good. The Renegade is a clear inspiration for it but Jeep redesigned the center stack and the air vents. The end result is a more grown-up looking vehicle which is actually quite appealing, especially when considering its rivals. 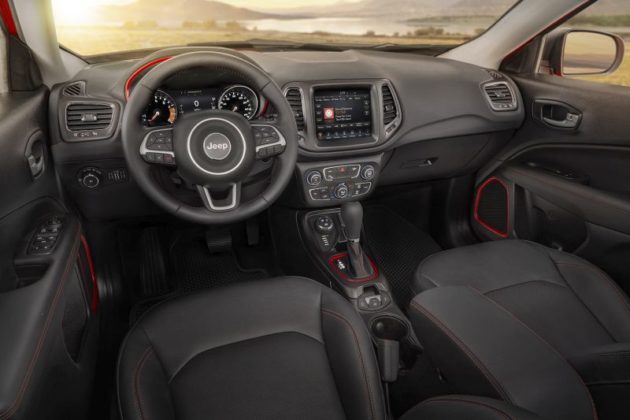 The 2018 Jeep Compass receives quite a few engines depending on the market it’s being sold in. In the US it will only get a 2.4 liter naturally aspirated four cylinder engine. This is the same Tigershark unit as in the Cherokee. Here it will make 180 horsepower and 175 lb-ft of torque which is pretty much on par with the competition. The front wheel drive model will come with a choice of a six speed manual or six speed automatic. The all wheel drive system can be had with either a six speed manual or a nine speed automatic. This system also gets a driveshaft disconnecting feature which should improve fuel consumption. Unfortunately at this point the US market is unlikely to receive another powertrain. In the other markets the Compass gets a wider selection of engines from a 1.4 liter turbo gas engine all the way to a 2 liter diesel.

Since its first introduction, the Jeep Renegade wasn’t (and still isn’t) as likeable as its brothers from the Jeep’s gamut. …