The Trax has been updated quite recently with the latest model being released last year. However, this doesn’t change the fact that it has been around for quite a while at this point. Most rumors suggested a new model for the 2017 MY but these proved to be just rumors. Considering the car has just been updated, it is safe to assume GM will keep it around for a while. The upcoming 2018 Chevrolet Trax is more than likely going to still rock the same chassis as before and it should be mostly the same car. Even though we would love a new version, it still sells great and it wouldn’t make sense to change it much. Because of that we are quite sure that the 2018 model will be nothing more than just another small facelift. With it we expect slight upgrades under the hood, probably a few exterior upgrades as well as a mildly better interior.

One of the largest problems with the current model has to be its lack of power. This will more than likely be addressed with possibly a new engine. Even though the car is still using the Gamma II platform, this is well known for being quite modular, so it should have no problems housing a new generation engine. In the future though things may change. While the 2018 Chevrolet Trax is still going to use the same platform, later in 2018 we may see a new car on a new platform. Not that long ago Opel showcased a new crossover built in cooperation with PSA which may prove to be the future Trax. However, until then the 2018 model will be mostly identical to the ongoing generation. 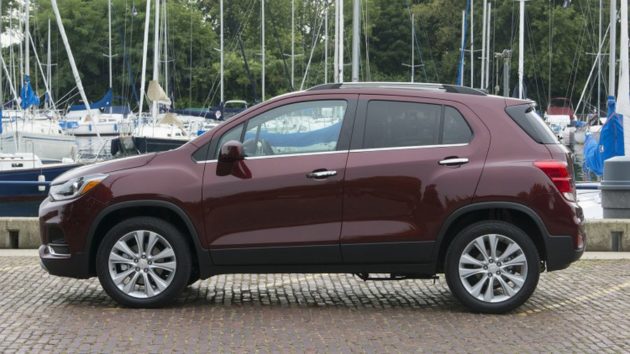 As it is usually the case with the carryover models, new Trax won’t have any special introduction to the market. There is no official date set for the release of 2018 Chevrolet Trax, but it should be made available later this year. According to sources close to the company, the production of 2018 MY should start in July of 2017. This development would make Trax’s available in late summer probably by the end of August.

Regarding the price, you probably can guess it already; there won’t be any substantial changes. The model will remain mostly the same and so will the price. The entry model of the ongoing Trax costs in exec around $21,800 while the range-topping installment goes for the price of $28,500.

Outside and Inside of the Cabin

Trying to make it as appealing as possible, Chevrolet already gave the Trax a major makeover. It received a new front end, inspired by the Volt and the Camaro, as well as a cleaner rear end. The 2018 Chevrolet Trax will follow these changes closely. The car will more than likely get the same front end, likely the same rear. However, it may receive a new set of LED tail lights and possibly new wheels for the entire range. On top of that, it seems that Chevrolet might offer a limited edition model. This might follow the likes of the Impala which was offered a while ago in a Black Edition with blacked out trim and a few other improvements over the regular model.

In order to make it as competitive as possible, Chevrolet’s Trax received a vastly redesigned dashboard for 2017. The 2018 model is going to carry this over mostly unchanged. We expect the same flowing design, the great layout for the cabin as well as the above the average materials. Unfortunately the 2018 model will likely still lack some storage spaces which have been removed last year. On top of that, the car could receive a few more safety options such as a frontal collision warning which is actually unavailable on the 2017 model. 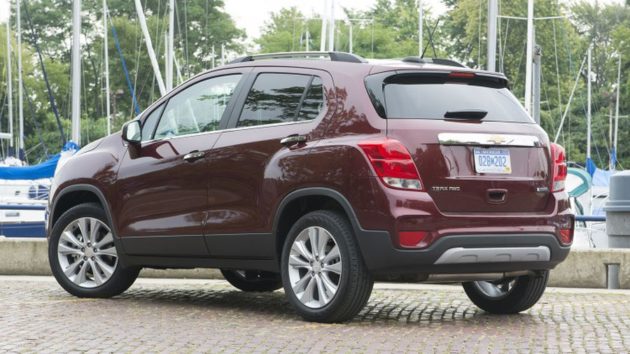 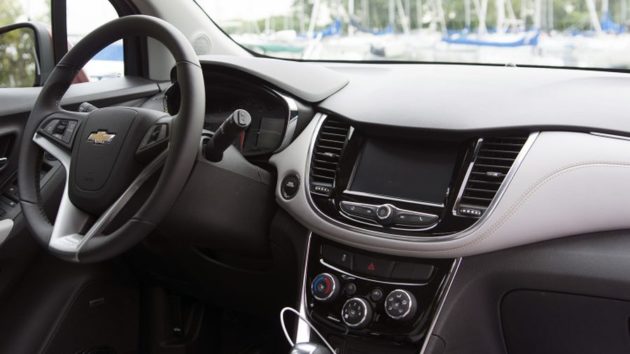 The powertrain of 2018 Trax

The current model makes use of a 1.4 liter turbo-four offering 138 horsepower and 148 lb-ft of torque. While it doesn’t sound all that bad, the engine is an older generation unit which has a lot of turbo-lag for the displacement. There are a few rumors out there suggesting a new engine on the 2018 Chevrolet Trax. The car is expected to receive GM’s newer 1.4 liter turbo-four which would be good for 153 horsepower and 177 lb-ft of torque. This engine would not only mean better performance but a more interesting running gear as well. The current car comes with front discs and rear drum brakes. Well, due to the more powerful engine GM would more than likely install disc brakes all around as standard. The car’s 6 speed automatic gearbox will likely remain unchanged. Luckily though, thanks to the added power the new Trax should be able to get to 60 MPH in just 8.4 seconds, more than 1 second better than before. The fuel consumption will likely remain mostly the same which is always a great trade-off.

In order to meet the current emission standards, many manufacturers decided to offer compliance cars that are basically low volume …

01/09/2017 UPDATE: It’s been nine years since Traverse last time went trough any changes and that period is now over. …