The original Bronco is the car that started the crossover craze more than four decades back. Unfortunately it has been discontinued more than two decades ago in order to be replaced by a larger and more efficient crossover. Because of that Ford was left without a body-on-frame compact SUV which meant most people had to turn to their rivals. This is about to change though because the all new 2020 Ford Bronco has been finally confirmed. After years of rumors Ford unveiled their plan to built a new Bronco back in January. The new car will be based on the same chassis as the Ranger but it will not be the Everest. In fact it seems the Bronco will be an all out off-road machine meant to trump the competition. Even though Ford decided to be quite light on details, there is more than enough information about the upcoming Bronco.

This isn’t an unusual practice. Many other manufacturers offer both SUVs and trucks on the same chassis. This means the SUV gets an overbuilt platform which will allow it to handle much tougher conditions than otherwise. From the early reports it seems the Bronco will share not only its chassis but also its running gear with the Ranger. This means an independent front suspension setup with a live rear axle. This should allow it to handle well on the road while also provide impressive off-road performance. 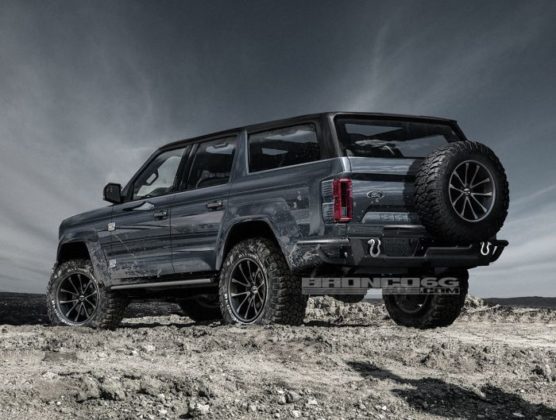 Ford even went as far as saying the Bronco will be overbuilt for what it will have to do which makes us wonder exactly how good it is going to be. On top of the new platform an all aluminum body is also expected. This will allow the 2020 Ford Bronco to be both light and durable. The only real drawback of its aluminum construction would be the repair costs which are definitely considerably higher than those of steel-bodied cars.

Also Read:  2018 Ford F-150 Will Feature Diesel Engine for the First Time Ever

The biggest unknown factor about the new Bronco has to be the way it looks. There are many unofficial renders out there that suggest completely different looking designs. Ford actually released back in 2004 a concept with a squared design similar to that of the original version of the Bronco. The interesting part is that we saw this concept a few days ago on a movie set. Even though it might be far fetched, we wouldn’t be surprised if the production version of the car will be similar to this concept. A similar body with an updated front end would allow the Bronco to look quite a bit better than the early reports suggested.

Ford Bronco 2020 Interior – Inside the cabin

The upcoming 2020 Ford Bronco will be offered as a five-door SUV and it might also be sold as a three-door. The latter hasn’t been confirmed at this point mainly because three-door crossovers do not sell nearly as good as their larger siblings. Most of the interior of the car will be taken straight out of the truck. Expect the two to share the same dashboard, instrument cluster, seating layout and even the same materials. The Bronco will offer quite a bit more trunk space while the five-door model might also offer more room on the rear seats. 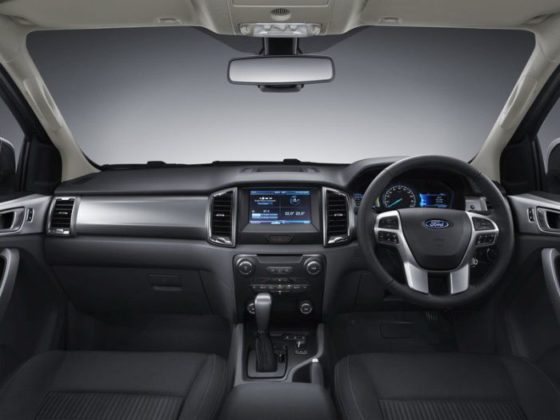 Even though nothing is official at this point, the 2020 Ford Bronco is more than likely going to receive at least two different engine choices. Some even suggested Ford will offer the car with three different engines which will give people a lot of choices when it comes to the configuration of the car. The base model is expected to be released with a 2.0 liter turbocharged EcoBoost offering over 240 horsepower and 270 lb-ft of torque. Further up the range it seems Ford’s 2.7 liter EcoBoost V6 might be installed. This engine is known to make north of 310 horsepower and 350 lb-ft of torque which is considerably more than most other cars in its class.

A diesel is also a real possibility. Not that long ago Blue Oval Company revealed a brand new 3.0 liter turbocharged V6 diesel. Even though its output is still unknown, we can easily expect north of 240 horsepower and 400 lb-ft of torque. All cars will come with four wheel drive as standard while the gas powered models will be offered with a 6 speed manual gearbox. All the other versions are expected to come with Ford’s 10 speed automatic gearbox. 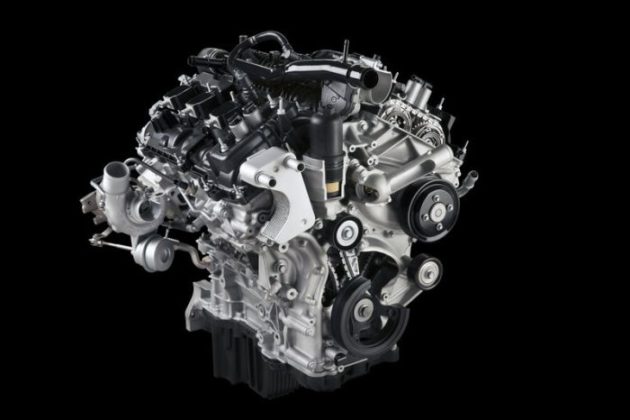 So, the new Bronco is coming but just when exactly it is not known. Whether it’s coming in 2020, or only as 2020 MY, in 2019 remains to be seen. Ford announced it, and that was about everything that they said. The fans are left in dismay with their popular SUV on the way but with an undisclosed date. With 2019 Ranger expected to debut on 2018 NAIAS and to be sold as 2019 MY later in 2018 we have created a scenario for Bronco. 2020 Ford Bronco will take the grand stage at 2019 North American Auto Show. The sales would follow shortly after in the spring of the same year. Just to be clear, this was not confirmed by the Detroit-based carmaker, but it sounds reasonable to us.

The price, on the other hand, can’t be determined so quickly. We can even be logically approximate in our estimations. According to topspeed.com and other sources, the cost could vary from $30,000 all up to $45,000. The range is broad, and new Bronco could easily fit into this pricing. Nonetheless, this part of new Bronco shouldn’t be rushed to conclude. We have a long wait ahead of us, so we better wait for more substantial information. As the time progresses, there will, for sure be, more and more info about this model.