Even though many expected them to fail, Honda proved everyone that you can start an entirely new market segment with the help of a great product. The Ridgeline is a unique truck sold on the US market aimed directly at those looking for a truck without having to have to live with the drawbacks of one. This concept is not new and it has been used in the past on the first generation of the Ridgeline. However, it was not nearly as popular, or as good, as the new model. Released last year, the Ridgeline is great but it is missing some core features. It seems that some of these might be added with the 2018 Honda Ridgeline update. This is not official for now but there are a few inside sources saying that these rumors are most likely true.

The update won’t change much about the core truck. This means people are still going to get what is basically a Pilot with a bed. This is not a bad thing though. The upcoming Ridgeline will drive just as good as before and it will continue to be one of the most efficient trucks around. Honda might revise its powertrain but this is still an unknown factor for now. The only major drawback of the truck will remain its tow rating. With up to 5,000 pounds, the Ridgeline falls short from its rivals. However, if tow rating is not that important then it does become quite good.

The 2018 Honda Ridgeline will continue to cost more than the average of its class due to being offered in a single configuration. Honda will only offer the truck as a crew-cab with a medium sized bed. This is usually fine for most people but the lack of configurations might hurt it in the long run. The rest of the changes on the 2018 model will likely be hidden from view. The car’s front end, headlights, tail lights and likely color palette will remain the same as before. Some rumors do suggest a new locking tailgate as well as new power folding mirrors and possibly re-engineered rear doors. These would be great because the current ones do not open nearly wide enough.

Being based on a crossover does have its benefits. For starters, the driving position in the upcoming 2018 Honda Ridgeline is going to be better than in any of its direct competitors. This will be achieved with the rather low unibody chassis and the massive amount of space available inside. The dashboard should remain the same as before but the infotainment system will have to change. The current model gets an all-touch based unit which is really bad to use and especially so when driving. The revised model will likely receive the same new system found in the new CR-V with the volume knob and the extra playback buttons. Some also suggested that Honda might add ventilated seats, heated rear seats as well as a rear control panel as optional extras. These would turn the 2018 Honda Ridgeline in a family hauler that also happens to have a bed strapped to its back.

Under the hood of new Ridgeline

Not much will change here. The 3.5 liter naturally aspirated V6 engine should be carried over unchanged. This will continue to make 280 horsepower and 262 lb-ft of torque. Even though it may seem lacking, the engine should allow it to be one of the fastest medium sized trucks on the market. On top of that, despite being quite large, the engine is known to deliver as much as 28 MPG on the highway which is a class leading number. So far the truck came with a 6 speed automatic and either front or all wheel drive. The 2018 model might get rid of the old 6 speed box in the favor of a new 10 speed automatic. This is a transmission built and designed by Honda from scratch which is aimed to completely replace the older 9 speed ZF automatic. With it, the Ridgeline should become even more fuel efficient than before. Also, with the help of a beefed up cooling system it may even get a higher tow rating which would make it that much more valuable. 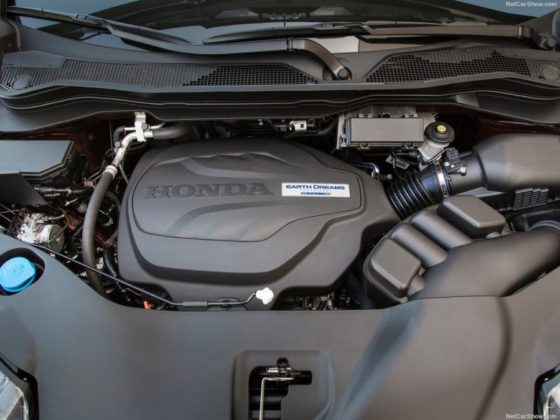 With a model that will enter into new MY almost unchanged, you shouldn’t expect any special announcement for the release date. When it came back, last year Ridgeline was an instant success, so the time is not right for massive u-turns in its design or with any other part of the vehicle for that matter. At the moment we would are to say that Japanese manufacturer doesn’t even have time to temper with its only pickup. The reason is mainly their focus on the next generation of Accord. That’s why you should expect the quiet introduction of 2018 Ridgeline and a release date scheduled for the third quarter of 2017. 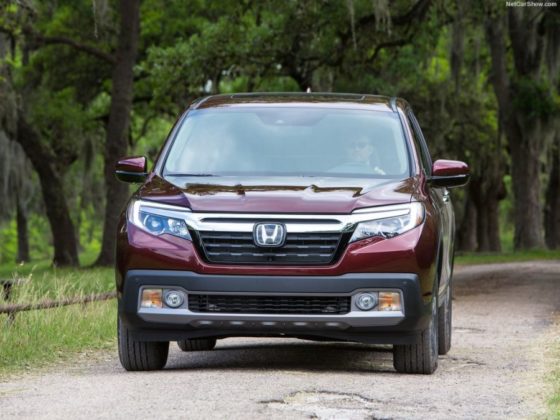 Price wise you don’t even have to guess it, there won’t be any differences compared to the ongoing model. The reason is mostly lack of any substantial changes that would merit any increase. This state of things is good because for a new MY pickup you will pay the same price. Many people waited for Honda to correct small things that weren’t set right with last year’s model and will be with 2018 MY. 2017 Honda Ridgeline was available at a starting price of $30,000 while the most expensive version cost around $43,900.

Another interesting fact about Ridgeline is its competition and where it stands when comparing the price with them. For an entry model, Honda’s pickup is the most expensive of the bunch, while at the same time it is the cheapest at the highest trim level. The competitors abut which we are talking about are Chevrolet Colorado, GMC Canyon, Toyota Tacoma, and Nissan Frontier.