Not that long ago Mazda released a brand new car for the Japanese market. The all new 2018 Mazda CX-8 is set to become the new flagship crossover in Japan where the CX-5 is currently their largest model. Even though not official, it seems the car may also hit the US shores in the near future. So far the manufacturer decided to keep quiet about it but the CX-8 has been actually seen testing on US roads. The car was heavily camouflaged but it was clearly a CX-8.

Just like its name suggests, the CX-8 slots right between the CX-5 and the CX-9. In fact the car is mostly a mix of the two with a very interesting result. It has the same wheelbase as the larger CX-9 crossover but it is nearly 7 inches shorter and 5 inches narrower than the larger CX-9. On top of that the car is quite a bit lower too which makes it look more aggressive but more on that later. There is enough room inside the cabin for up to 6 people and it should easily offer nearly as much space as its larger sibling. 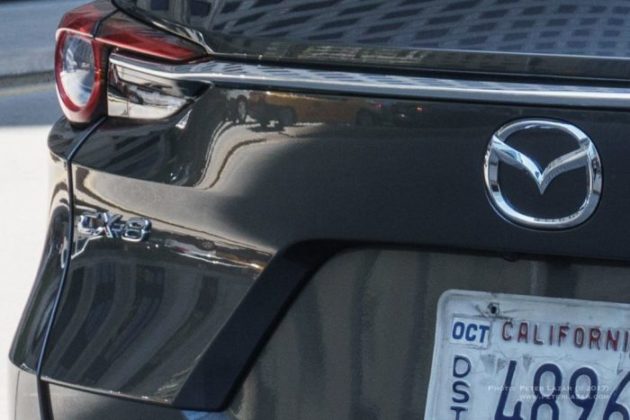 Even though it may seem similar to its larger sibling, Mazda decided to release it as an alternative for those looking for a sportier car that don’t really need all seats at all times. The car boasts a really rigid chassis and it actually has a very similar running gear to the CX-5. This means it should be stiffer and better to drive than the larger CX-9.

As for the release date, some sources claim that it will become available before the end of the year. Leftlanenews.com even suggest that 2018 Mazda CX-5 could have its debut at upcoming Frankfurt Motor Show. At first, the vehicle will be sold exclusively in Japan. Many people hope that Mazda is going to fill its SUV lineup with this model in the US, but this remains to be seen.

Even though the US availability is just a rumor at this point, the 2018 Mazda CX-8 will more than likely come here as well. Why? Well, it offers one of the best designs for a three-rows crossover and with it Mazda should easily become their class leader. Even though it is mostly based on the other two crossovers, the CX-8 looks completely different. Thanks to its relatively short length, low body and long wheelbase, it slightly looks like a coupe-crossover. The raked rear window, the rather low front end and the arched roof-line make the car look like nothing else in Mazda’s roster. The front is reminiscent of the CX-5 but it is quite clear Mazda worked on the design lines in order to make the CX-8 stand out just a bit more.

Also Read:  How does a sway bar disconnect help off-road?

So far the 2018 Mazda CX-8 has only been confirmed for the Japanese market. Because of that the car is actually going to be available only in higher end trim levels. This is because in Japan three-rows crossovers aren’t selling as well as in the other markets and they are bought mostly by individuals looking for comfort and luxury. Because of that the CX-8 is set to come with leather upholstery, aluminum inserts, Mazda’s latest infotainment system as well as all the safety features they have to offer. Like we said, it seems the CX-8 will only be available as a 6-seats model which is unusual. This is because the car will come with individual middle-row seats for an added amount of comfort for the rear passengers. These will also benefit from a center console with an armrest, cup-holders and USB charging ports. 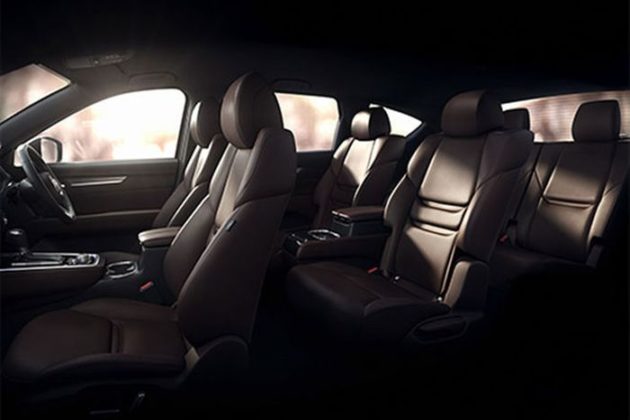 The 2018 Mazda CX-8 has been confirmed to receive a 2.2 liter turbocharged inline 4 diesel. This engine will be released soon in the US as well and it is going to make 173 horsepower and 310 lb-ft of torque. All the power will be sent either to the front or to all four wheels via a 6 speed automatic gearbox only. At this point it seems a gas-powered engine is still uncertain. However, if the car is going to be released on the US market then it will more than likely receive at least a second engine.

This will likely be Mazda’s already well known 2.5 liter turbocharged inline 4 powertrain. This engine offers only slightly over 250 horsepower but it can provide up to 310 lb-ft of torque which is very impressive from a gas engine. Unlike the diesel, this particular model is expected to be available with a standard all wheel drive system. Unfortunately a manual gearbox is not likely going to be available because the CX-8 is intended as an executive crossover a step above Mazda’s other offerings. 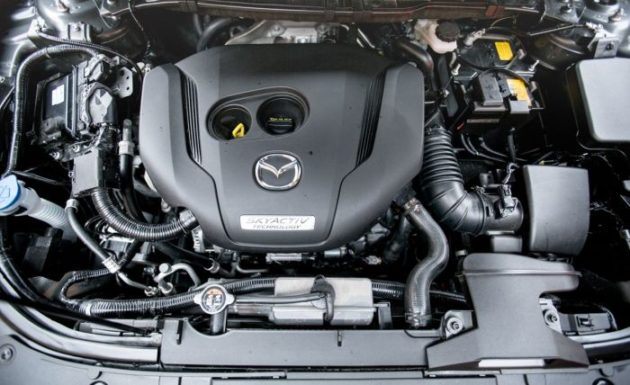 You probably don’t need to be told that transportation costs are rising — fuel, insurance and so many other costs …