McLaren released the 720S not that long ago. Even though it still has quite a few things in common with its predecessor, it has been extensively reworked in order to provide much better performance. Well, it now seems like they are about to release another new model. This is going to be the future 2019 McLaren P15, a track-focused supercar which will be the direct successor for the 675LT. Not that long ago photographers managed to take a much better look at the P15. Even though this was using the bodywork from a 675LT, it was quite clear that car was a development prototype. We can see the car is wider than the production model and it features much more aggressive aerodynamic features. On top of that, the P15 will more than likely use the new technology which McLaren released with the 720S.

We can expect it to boast the same MonoCage II carbon fiber tub as the regular road-going car. This will give the P15 increased structural rigidity as well as a lower gross weight. This chassis will also allow McLaren to install their new running gear into the car. Just like with their other models, this one will use electronic anti-roll bars. These will allow the car to be considerably faster to react than a regular vehicle. The only real drawback of this system would be its weight. However, McLaren alleviated that by losing as much weight as possible. We can expect the P15 to be with up to 50 pounds lighter than its predecessor. This will translate in better handling and likely a much faster acceleration.

So far the manufacturer didn’t say all that much about the upcoming 2019 McLaren P15. However, they did say they’ll reveal it on the 10th of December. It looks like the car will be delivered starting with the late 2018. Its price is still an unknown factor but considering their other models, it is safe to assume it will cost upwards of $400,000. 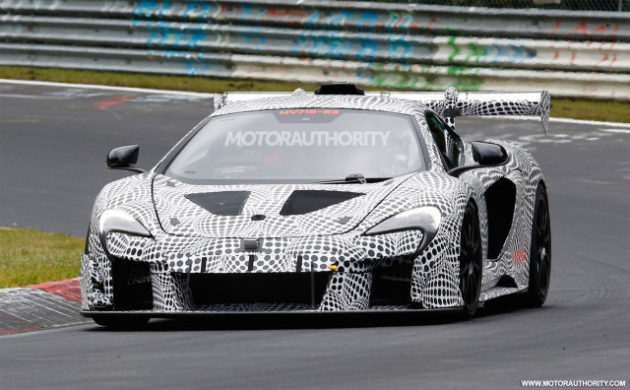 Unlike their other vehicle which uses a P in its name, the P15 is not going to have a hybrid system. Instead, the car will feature the same 4.0 liter twin-turbocharged V8 that can be currently found on the 720S where it makes a rather impressive 720 horsepower. It looks like the version that will power the P15 will make closer to 800 horsepower and likely north of 700 lb-ft of torque. All of this will be routed to the rear wheels via a dual-clutch automatic developed alongside Ricardo. This system should allow the new P15 to hit 60 MPH in well under 3.0 seconds while having a maximum top speed of over 200 MPH.

The big difference over its predecessor, the 675LT, will be the low-end torque. Thanks to the larger displacement, the new P15 should be quite a bit faster off the line. The car’s new aerodynamic features will also mean much higher cornering speeds. In fact, it looks like most experts believe the P15 will be faster than the P1 on a track which would be quite impressive to see. 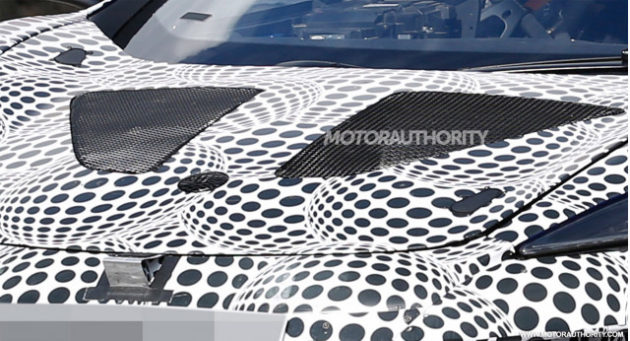 Unusually enough, McLaren already released a teaser for the future P15. It looks like the car is not going to share all that much with the 675LT like some of the early rumors suggested. Instead, the 2019 McLaren P15 will have more in common with the current 720S. The two cars should share roughly the same front end design and a similar profile. However, the P15 will benefit from much more aggressive aerodynamic features and it will come with a different rear end. This will include a mid-mounted triple exhausts alongside really slim LED tail lights. The car will also feature a massive fixed wing in a similar fashion to its predecessor.

Considering what it is, chances are the 2019 McLaren P15 will come with roughly the same cabin as the 720S. The only real difference between the two cars should be the materials McLaren will use. Some also said the car may benefit from a racing harness and likely a different steering wheel. They haven’t confirmed this just yet but we wouldn’t be surprised if McLaren chooses this route. A more hardcore package is also a real possibility even though nothing has been released so far.

UPDATE: From what we seen today McLaren is nearing the completion of the successor to the 650S model. It’s been …