After more than a year of rumors, the concept for the upcoming 2019 BMW Z4 was finally released a few days ago. Even though this isn’t the production vehicle, it definitely looks pretty much ready to go on the assembly line. BMW also decided to reveal some really interesting details about the upcoming Z4. It seems the car will be quite a bit more impressive than first thought with more engine choices and a far nicer design than anyone expected. There are still a few unknown factors but even so, the Z4 definitely seems impressive.

For starters, the upcoming Z4 will be based on the same platform as the upcoming Supra. This has been confirmed a while ago and it is a huge step forward for BMW which didn’t work with a different manufacturer in a while. Thanks to that they were able to give the Z4 a bespoke platform which wasn’t really the case with its predecessor. This new platform uses mostly aluminum as well as some high strength steel. The car’s running gear, such as most of the suspension components, are also made out of aluminum. Thanks to all of it, the new Z4 should weigh quite a bit less than its predecessor despite being a roadster. 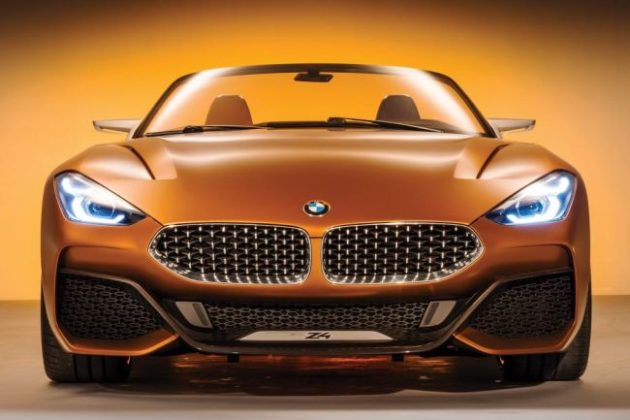 How big is it?

The predecessor of the 2019 BMW Z4 was quite long but it featured a rather short wheelbase. Well, this is not really the case with the new model. This features a longer wheelbase than its predecessor and it also seems to be shorter. However, the car is wider and lower, so it should handle quite a bit better than before. The new dimensions also translate in a more compact-looking car which is a far cry from the original. 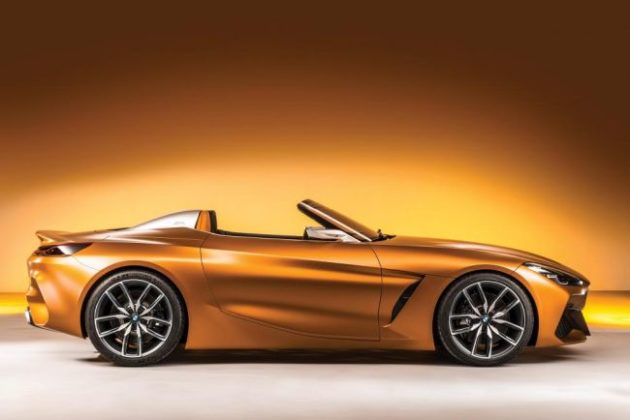 If you thought that the waiting for the 2019 BMW Z4 release is over just because the car was shown at the Pebble Beach, you are wrong. The concept form was truly amazing and inspiring, but this was not the final product. As it goes with a car that is meant to be an head-turner the work on this beauty is not yet over. When it reaches production, it will differ from its concept version most visibly regarding the interior design. As things stand now, new Z4 will hit the streets in the late months of 2018. If we catch it earlier, you will be the first to know.

Developed in cooperation with Toyota same as Supra, with the BMW’s counterpart being a roadster and Toyota’s a coupe, this speedster won’t come cheap. Unlike its Japanese counterpart, 2019 Z4 will offer more luxury approach which will merit pretty serious price tag. It is expected that this vehicle comes with starting price of $50,000. From there the top limit will be set by the customer. We do not expect that the priciest version to go over $70,000. 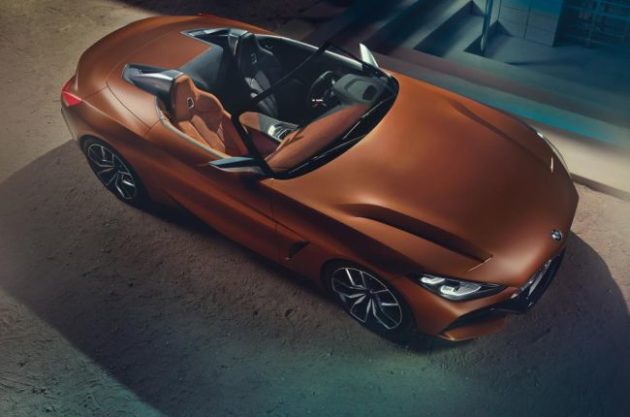 Rumors are saying the concept for the Z4 is around 80% similar to the production vehicle. Thanks to that we can safely assume the car that will go into production will be as stunning as this concept. In the front the new Z4 still features BMW’s well known kidney-grilles. However, these are mounted much lower than before and the car boasts considerably larger intakes. On the front fenders there are functional hot-air exhausts and the car features actual aerodynamic features such as the sculpted sides meant to direct the hot air to the rear spoiler.

The concept was running on massive 19 or 20 inch rims but it is safe to assume the production model will get smaller wheels. On top of that, the great-looking rollover protections from the concept are likely not going to go into production which is a shame. The car’s rear on the other hand, with the dual-center exhausts and the really slim tail lights, is more than likely in its production form.

Inside the cabin – New Z4 Interior

Like with most concepts, the 2019 BMW Z4 sports a rather futuristic cabin. Even so, we can clearly see BMW’s usual design scheme with the minimalist-looking center stack and the usual iDrive system. The car that will hit the production line will likely receive far less colored accents than the concept. However, the digital instrument cluster, the really impressive steering wheel or even the bucket seats are expected in one form or another on the production car. 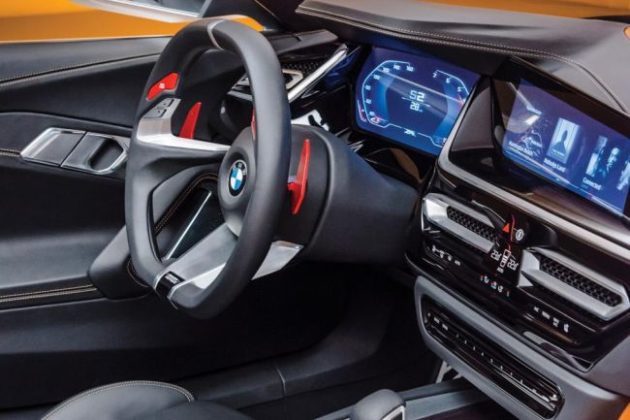 Under the hood – BMW Z4 Specs

The 2019 BMW Z4 has been confirmed to feature quite a few different engines. The base model will be called the S20i and it is expected to be powered by a 2.0 liter turbo-four delivering around 180 horsepower and 200 lb-ft of torque. Further up the range there should be the S30i powered by the same engine but this time offering closer to 250 horsepower and over 260 lb-ft of torque. Both of these are expected with either a 6 speed manual or with an 8 speed automatic. A 3.0 liter inline-six sporting one or two turbochargers will likely be the option.

On the rumored M40i this would make around 350 horsepower and over 360 lb-ft of torque. A possible M version on the other hand would take things quite a bit further delivering as much as 500 horsepower. Unlike the rest, these are expected to be mated to only an 8 speed automatic. A hybrid has also been a rumor for a really long time but it looks like BMW doesn’t really have any plans for it.