Not many people know that Kia is actually making a luxury sedan. The K900 is their full-size offering for the US market and it is known for being the cheap alternative to all the other cars in its class. However, even though this is true, the car doesn’t really manage to sell all that well. This is mostly due to its uninspired steering feel and really soft suspension which are not ideal in this class. In order to solve its issues it looks like an entirely new model is going to be released with the future 2019 Kia K900. Even though there are very few official available details about it, the K900 has been spied numerous times already. It looks like the car is going to be based on a new platform and it might feature a brand new set of engines. On top of that, the vague steering and poor running gear are likely going to be gone.

The car spied testing a while back was being driven at its limit and it looked eager to slide around corners. On top of that it didn’t really seem to lean much during hard cornering which is great to hear. This likely means Kia was finally able to solve the issues with the car’s suspension system without ruining the ride quality. The size of the new K900 seems different from that of its predecessor. The car is definitely lower to the ground as well as wider. From some of the spy shots it also seems the wheelbase has increased by a good margin while the roof sports a slight curve which makes the new 2019 Kia K900 quite a bit sportier-looking than its predecessor. 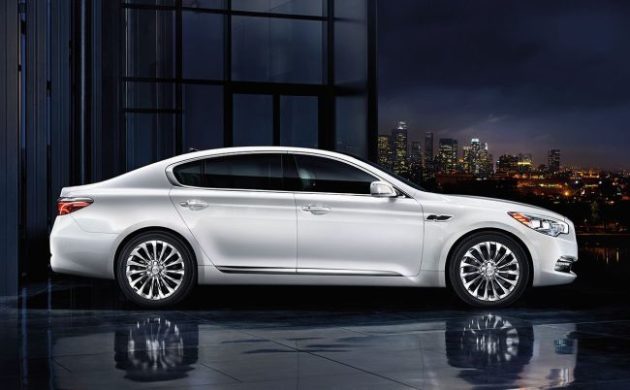 K900 wasn’t a poorly designed car, nor it lacked comfort and performance by any means, but it still underperformed on the market. With only 251 pieces sold during 2017, Kia will certainly be aiming and hoping to better sales next year. The wanted sale figures will be achieved with 2019 Kia K900 which will hit the market during mid-2018. The sales are expected to start in the summer months of the next year. The vehicle will arrive as 2019 MY.

There is no word on the price as of yet because it’s just too early. More will be known as the date of release approaches. From what we can tell right now, despite weak sales the price will just have to go up a bit. For a car which is underachieving on the market, this might sound like a strange decision, but it’s not. With an improved design, interior solutions, and few tweaks under the hood, Korean manufacturer plans on impressing its customers. The ongoing gen of K900 has an MSRP of $49,900. 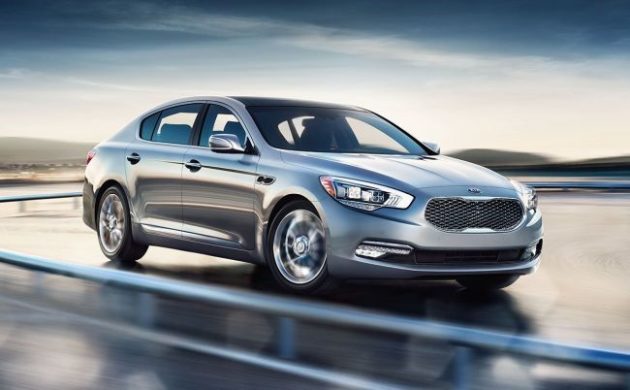 The ongoing model is basically identical to the regular Genesis. The only real differences between the two cars are the front grilles and the headlights. This is no longer going to be true for the upcoming model though. The new K900 has a longer hood and a much lower stance than the Genesis. On top of that it seems to share some design cues with the Stinger. The two cars have roughly the same rear three-quarter panels and a really similar trunk design. The K900 is likely going to boast a more stylish approach but it should still be quite a bit sportier than it was first rumored. Considering the path Kia took with the new K900, we wouldn’t be surprised if the car is going to receive a high performance version.

One of the main selling points of the K900 has always been its plethora of interior features. Even though this hasn’t been confirmed, it looks like the 2019 Kia K900 will keep that true. The car is still expected to come with everything Kia has to offer. Things like heated and cooled front and rear seats, a panoramic roof, a full suite of safety systems and an incredible amount of leather and aluminum are all going to be available on the future K900. The biggest difference between it and its predecessor is going to be the driving position. The car is expected to give the driver a far better experience than before which will be only possible by lowering the driver and its passengers. This will assure the driver will receive more feedback without ruining the sense of comfort. 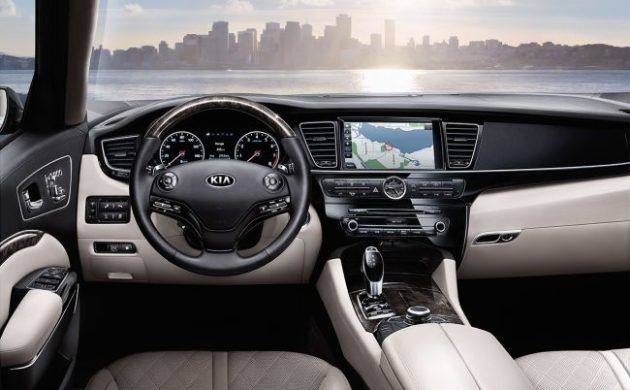 The ongoing 3.8 liter naturally aspirated V6 mill will likely be discontinued from the 2019 Kia K900. In its place the car might receive a smaller 3.3 liter twin-turbocharged V6. This should be good for around 330 horsepower and over 350 lb-ft of torque while delivering slightly better fuel efficiency. The range-topping car will likely stick with a 5.0 liter naturally aspirated V8. Some suggested this may receive an upgrade but at this point this seems unlikely.

Even so, the engine should still be capable of around 420 horsepower and nearly 400 lb-ft of torque which is more than enough for a luxury sedan. Both of them will likely be mated to the same 8 speed automatic and both of them are expected with rear wheel drive as standard. This time around things might change though because a 3rd engine option is a real possibility. The new K900 might receive a hybrid offering roughly the power of the V6 with far better fuel efficiency.

The ongoing Cee’d has been actually released back in 2012, so it is not all that old. It features great …

We saw Telluride concept a few months back. Now we have a Kia vehicle which is an SUV that resembles …