Kia and Hyundai are two closely related companies part of the same group. Ever since Kia released the Stinger GT, rumors about a Hyundai using the same platform started to appear. Well, not that long ago Hyundai announced that their high-end division will release a new car with the 2018 Genesis G70. This high performance sports sedan will be roughly the same size as the Kia. However, despite what most rumors suggested, it looks like it will not use the same platform. Instead the new G70 is going to be based on an entirely new chassis. They said this will be lighter and stiffer than that of the Stinger GT. Thanks to that the car should be faster, better to drive as well as safer. So far Gensis has been quiet about the new model but even so we were able to get quite a bit of information on the new model.

In terms of size it seems the new Genesis G70 will be roughly the same as its sibling. However, from the latest spy shots it seems the car may be wider and slightly shorter too. On top of that it seems that it may be slightly lower which suggests a more aggressive approach to its design. The car also looks to have a really long wheelbase with the cabin pushed back which definitely suggests a rear wheel drive design. This should allow the G70 to drive just as good as it looks. Most rumors suggest the new platform is using quite a bit of aluminum in its construction which would make sense considering Genesis confirmed the G70 is much lighter than its already light sibling. 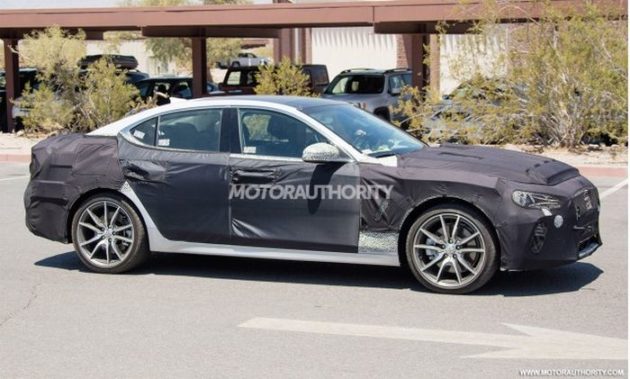 The is no reveal or release date set for 2018 Genesis G70. It was speculated that the vehicle is going to be available in early or mid-2017. Obviously, that deadline has passed so now we hope for a presentation set before the year ends. You probably noticed that the spy photos are popping out on a frequent basis, so there is some truth in ‘ release before the start of 2018’ theory. If we get a final product of 2018 Genesis during this year, you can expect that the sales will commence in the first months of 2018.

The price might be a key factor regarding G70. The car will offer money for value there’s no doubt about it, but? The competition is fierce in this segment. It’s hard to believe, no offense for Hyundai, but that any vehicle from Korean manufacturer can counter the likes of Acura TLX, Audi A4, Cadillac ATS, Infiniti Q50, Jaguar XE, or Lexus IS. Not to mention Mercedes C-Class and BMW 3-Series. The path trough which they will find its place on the market lies in the price. With a mid-to-low $30,000 entry price they will have a lower starting point compared to any of the competitors. 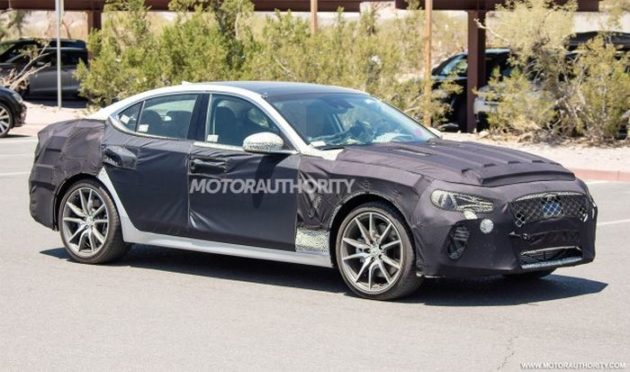 Exterior and Interior of 2018 Genesis G70

The 2018 Genesis G70 will depart from the usual understated Genesis design we have seen so far. Instead it seems they are looking to offer a much sportier car than before. From the latest spy shots it looks like the G70 has a coupe-like roof-line with a longer than usual trunk lid. The hood is also quite long but it is also incredibly low. Because of that the usual Gensis grille is slimmer and narrower while the headlights are much longer than on their other models. It looks like the fog-lamps are in a rather unusual spot too making the car seem much wider than it probably is. The front bumper definitely boasts a small splitter while the rear of the car can have either two or four individual exhaust pipes. It seems all models will use up to 19 inch rims which are on the small side at this point. 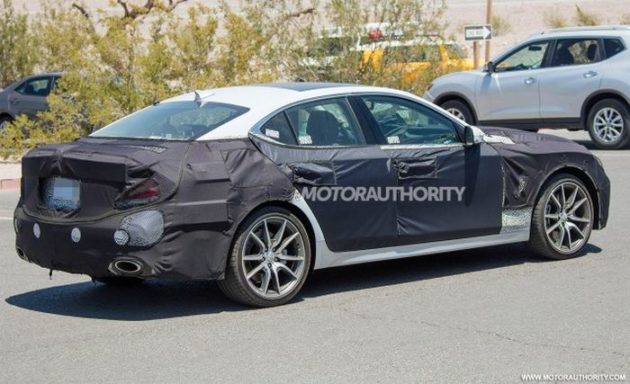 Even though the 2018 Genesis G70 hasn’t been officially released, not that long ago we managed to take a glimpse of its cabin. The dashboard seems to have a completely different design than that of the Kia which is always refreshing. Here we can see a pop-up infotainment screen while just under it there is a set of rectangular AC vents. The round aluminum climate controls and the driver-focused center stack make the car seem quite a bit sportier than their previous models. The only unknown factors are the features but considering Genesis is a premium brand, we can safely expect premium features too. 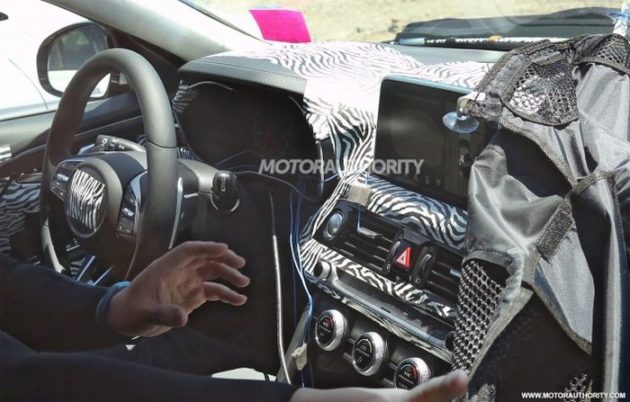 Not that long ago it has been confirmed the 2018 Genesis G70 will come with already released engines. This likely means the car will use Hyundai’s turbocharged gas powertrains which are among the best in their respective classes. The base model of the G70 will likely come equipped with a 2.0 liter turbo-four good for up to 255 horsepower and 260 lb-ft of torque. The higher-end versions will get the larger 3.3 liter twin-turbo V6 which is known to offer 365 horsepower and 376 lb-ft of torque. No matter the engine choice, it seems the G70 will provide better performance than the Stinger GT.

This means a 0 to 60 MPH time for the V6 model of less than 4.9 seconds and a top speed exceeding 160 MPH. This would actually make the Genesis G70 sedan one of the fastest in its class which is not really an easy feat to achieve. A third engine option is also possible. Some think Genesis might offer a higher output twin-turbo V6 for their range-topping car but this hasn’t been confirmed so far.