The Vitara is a compact crossover originally released all the way back in ‘88. The first and second generations of the car offered a rear wheel drive design with optional four wheel drive while the first generation was a true body on frame SUV. However, things changed and the ongoing model is actually based on the same chassis as the SX4. This means it boasts a transverse front engine and it is front wheel driven. While this does take away from its off-road prowess, it makes the Vitara easier to live with and much better to drive on the road. The car is set to receive a small update with the 2018 Suzuki Vitara which has already been spied testing on the open roads. So far the details are still scarce but it seems Suzuki is only looking to improve it slightly.

The car will remain a unibody front wheel drive model, so not much will change here. However, it seems the car will receive considerably more safety features than its predecessor. Not that long ago it has been confirmed the Vitara will get Suzuki’s new active safety system. While this hasn’t been confirmed for now, the camouflaged prototype seen a while ago had a few interesting differences over the current car. 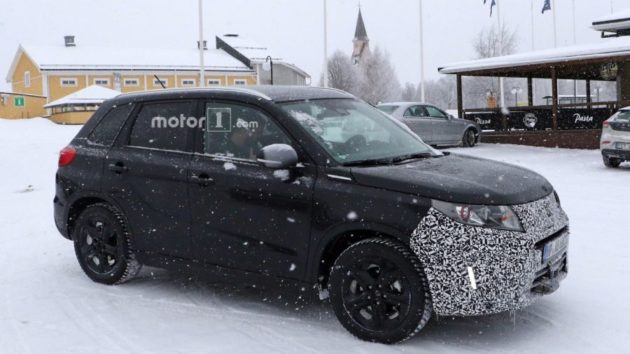 In fact it had a radar in its lower grille which is a system used for frontal collision warning and the active accident avoidance system. This should allow the new Vitara to score a better safety rating than its predecessor and also give the driver much more confidence than before. On top of this system the car could also receive a “hands-free” parking system. This would steer the car into the desire spot while the driver would only have to use the acceleration or brake in order to get the car into the spot safely.

Also Read:  What is the Best Car for Teens and First-Time Drivers in 2023?

All sources are together on the claim that it is too early for the release of 2018 Suzuki Vitara. They even argue that it is even premature to talk about it. The Japanese automaker still has a lot of things to set straight with this model. The mid-cycle refresh needs to be exactly that. The right changes on right places are going to boost the sales of this model. Anyway just to not keep you in the dark we are going tell you that you shouldn’t expect new Vitara before the years ends. First months of next year is when you are going to see facelifted 2018 Vitara on the streets. 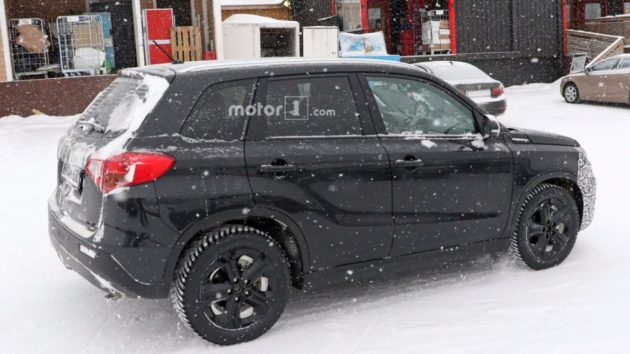 Price is another aspect that has a significant role to play with Suzuki’s upcoming vehicle. New design aided by new/old engine lineup will merit small increase. The price will probably be lifted on upper trim models, while the base installment should retain its price. For comparison, the ongoing Vitara starts at $21,900, and it goes all up to $28,990.

Also Read:  3 Things All Motorcycle Brands Have in Common - 2023 Guide

The camouflaged 2018 Suzuki Vitara didn’t feature that many changes over the ongoing model. In fact the car only had its front end covered which likely means the rest of it will remain mostly the same as before. In the front the headlights seem to be identical to those on its predecessor. However, the grille is likely new while the lower intake in the bumper is both larger and offers a different insert than before. Here we can also see the radar system and a new slightly more aggressive splitter than before. The latter might be used in order to give the car a better drag coefficient or even reduce the noise while driving. The rear will likely carry over mostly unchanged with the only major difference being the tail lights which are expected to receive all new inserts.

Inside the cabin – Suzuki Vitara 2018 Interior

The current model is up to date with Suzuki’s most features. However, it lacks a good infotainment system while some of the materials could be better. The 2018 Suzuki Vitara is set to address these issues. The car is more than likely going to receive a new infotainment system with a larger screen as well as with physical shortcuts for the system’s core functions. On top of that the cheap gray plastics on the dashboard should be gone and replaced with much softer materials. The car might also recevie a few new features on the higher end models such as an active lane-keeping system and possibly a new steering wheel on the sports version. 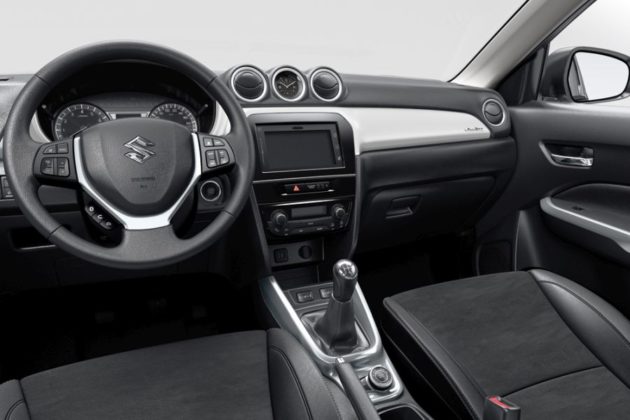 The 2018 Suzuki Vitara is expected to boast roughly the same engines as before. The base model will continue to come with a 1.6 liter naturally aspirated inline 4 gas engine offering just 120 horsepower and 115 lb-ft of torque. Even though not the most powerful, this engine proved to be very reliable and with a 53 MPG average fuel consumption, it might be the best choice for most. Further up the range the Vitara will come with a 1.4 liter turbo-four boasting 140 horsepower and 162 lb-ft of torque. This will offer roughly the same fuel consumption as the base engine but with much better performance.

There is also going to be a 1.6 liter diesel offering 120 horsepower and 236 lb-ft of torque. Both turbocharged engines will come equipped with a 6 speed manual and either front or all wheel drive. The 1.6 liter naturally aspirated engine might receive all wheel drive but nothing has been confirmed so far.

It is quite clear that Suzuki has a rather conservative approach for the design of their cars. The ongoing Swift …

Suzuki released the ongoing Jimny all the way back in 1997, so the car is two decades old at this …