06/14/2017 UPDATE: 2018 Audi Q8 was spied once again and this time spy photographer has caught the first glimpses of the interior. The location of spotting was at Nurburgring, which was only a matter of time when would it happen because future flagship SUV of this German automaker attracts a lot of attention.

Like we said the photos on our hands are not the first set taken but are the first which depict the inside of the cabin of new Q8. Despite the fact that this vehicle was shown to us trough concept its prototype is a unique beast. Like you can see for yourself in the pictures the 2018 Audi Q8 caught on the ring is an early prototype. The pics of the interior are there but are too far from what would be a final product. Luckily for us and all Audi fans out there 2018 Q8 shares a lot of components with its concept. In addition to that, it also has traits of vehicles such as Audi Q7 and other from Ingolstadt-based company lineup. 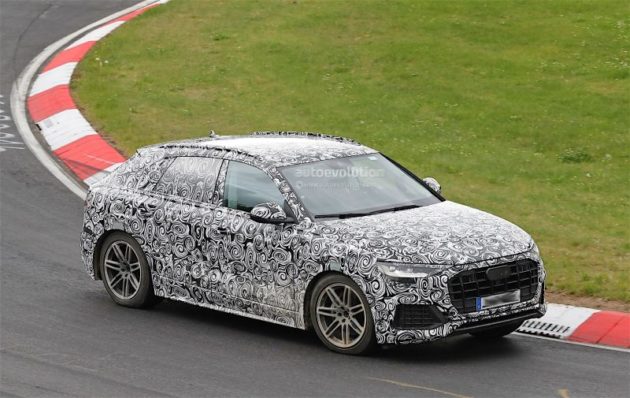 There are a lot of similarity between 2018 Audi Q8 and its concept, but there is also some differences. For example, the center part of the dash has few notable differences. On the concept, there is dual display positioned centrally while on the prototype there has one screen and pair of HVAC vents above. The missing screen will possibly be put on the top of the dash with an option that it gets used in need of the driver and passengers. Also, it is currently positioned there because people from Audi want to see how it works. On the production model, there is a possibility that it won’t be put there at all.

We are not sure, but the chances are high that digital cockpit will be an option on upcoming 2018 Q8 or even a standard piece of equipment. The later would be a case only on higher trim models. 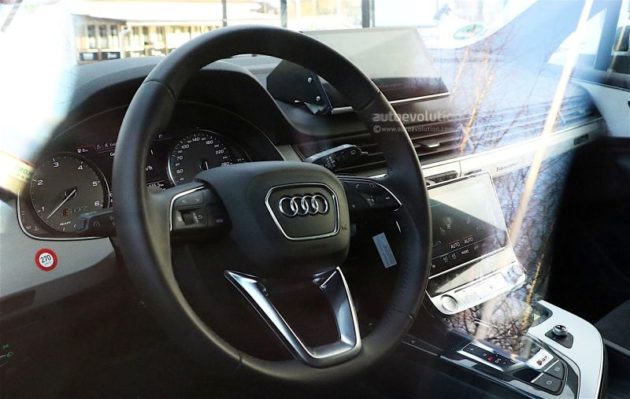 The production of 2018 Audi Q8 will start later this year, or early in 2018. The location of the building is Slovakia where this SUV will be manufactured together with its sibling the Q7. Both will be built on MLB Evo platform which is shared across the VW Group. The cars that also use this platform include Bentley Bentayga, Lamborghini Urus, and Audi A4 just to name a few.

02/19/2017 Review: Starting at just under $50,000, the Audi Q7 is a great car for the money. It offers superb build quality, plenty of space and great engines. However, it looks a bit too grown up and there are people out there who buy cars for their looks alone. This has been the case with the BMW X6 and more recently the Mercedes GLE. In order to offer a competitor for these cars, Audi confirmed a while ago that the Q8 is a reality and it will eventually hit the market. So far they have released a concept which is very impressive but they haven’t said much on the production car. Despite that, the prototype of the 2018 Audi Q8 has been seen testing at the Arctic Circle not that long ago and we have some interesting news about it.

The car is set to compete with the previously mentioned cars. On top of that, it will be Audi’s flagship crossover, so it will have to be as good as it gets. The car will still use the same MLB Evo platform as the ongoing Q7. The concept featured a slightly shorter version though and it seems that this may be the case with the production model as well. We expect roughly 0.3 to 0.5 shorter but it will definitely be wider. The car will be slightly shorter than its sibling as well so the overall design will be that of a much more aggressive car. The price will more than likely be around $5,000 to $10,000 higher than that of the Q7. Expect the 2018 Audi Q8 to start right around $60,000 in the US. 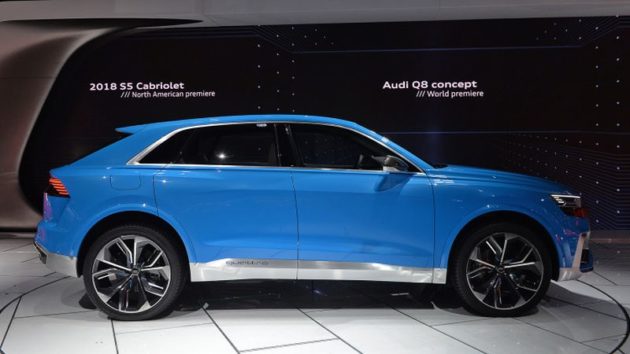 The design of the Q8 Concept was nothing short of amazing. The interesting part comes next though. The production prototype looks pretty much on par with the concept which is not a usual practice, especially for Audi. In the front the car seems to boast the same wide, yet narrow, grille found on the Q8 Concept. The headlights seems to be even more aggressive with a slimmer and more swept back look than before. The bumper features a deeper splitter as well as larger side vents. The overall size of the Q8 seems to be similar to the Q7. However, it is noticeably lower and wider and it features a much more angled windshield. The overall shape is not that of the X6 which is actually great. Instead of going for the “sedan-on-stilts” look, Audi went for something that actually resembles a Porsche. The rear end is sloped and the roof has a definite arch to it. Despite that it doesn’t look unusual but it does look a lot sportier than the Q7.

Even though the concept of the 2018 Audi Q8 featured something quite interesting here, we expect the production version to borrow heavily from the Q7 and the upcoming A8. The same minimalist dashboard, great materials and great driving position are all going to be used on the Q8. However, the car is expected to come with sportier seats, just four or five seats depending on the configuration and Audi’s newest self-driving technology. All of these should make for a really impressive ride.

Under the hood of new Q8

The concept featured a mild hybrid which may be seen on a future production version of the car. The 2018 Audi Q8 will likely not get it, at least close to its release date. The base model will likely receive Audi’s new 3 liter turbocharged V6 which could offer between 328 and 360 horsepower and north of 320 lb-ft of torque. A higher end version of the car could eventually receive either a twin-turbocharged version of the same engine or Audi’s new 4 liter twin-turbo V8. In both cases the car should be more than capable at delivering more than 500 horsepower and 500 lb-ft of torque. The European market is also expected to receive a set of diesel engines with ratings ranging from around 268 and all the way up to over 429 horsepower. A future RS Q8 model might get to use a newly developed hybrid powertrain with north of 650 horsepower but this is nothing but a rumor at this point.

The concept of Audi’s Q8 was presented at 2017 Detroit Auto Show, and it left quite an impression. We are not sure how much will the production model look like the mentioned concept, but we will know more in the upcoming months. The test mules of Audi’s next flagship SUV have been spotted conducting winter tests. Vehicles are heavy camouflaged, but it’s good to know that the works on the production model of new Q8 are underway. 2018 Audi Q8 is going to be made in Bratislava, Slovakia where Audi has a factory. It is going to be produced together with next-gen Cayenne and upcoming VW Touareg. The final product probably won’t be available before the year ends. If you take a look at concept’s development road, it is possible that the model intended for dealership gets its presentation at 2018 NAIAS. This scenario is entirely reasonable so you can expect the start of the sales to be scheduled for first months of 2018.

The market for small SUV’s has never been this big. Many car manufacturers see the potential of this vehicle class …