After a long time the second generation of the Q5 has been finally released. The car was showcased back at the 2016 Paris Motor Show and so far it has been a really successful model. The car is an all new model and it shares very little with the older car but its design is lacking. Leaving the design behind, the new 2018 Audi Q5 is a spectacular car which should have very few problems to become the best selling vehicle in its class.

For starters, Audi gave their Q5 a brand new chassis. Like the larger Q7, the Q5 uses the new MLB Evo platform. This is considerably lighter than the one before it as well as a lot more rigid. The end result should be a better car to drive and a much safer vehicle. However, the Q5 still lacks some basic traits but more on that later. Despite being based on a new platform, the wheelbase, length, width and even height are all nearly identical to those of the previous model. This makes the Q5 seem quite similar to the older model and for an untrained eye it will look identical. We would like to say that we didn’t see this coming but this is Audi’s way of updating most of their cars, so no major surprise here. The new model is already available for sale in most parts around the World. In the US the price will start at roughly $43,000 which is slightly more than before. Even so the car still is very similarly priced to its rivals, so they shouldn’t have any real issues. 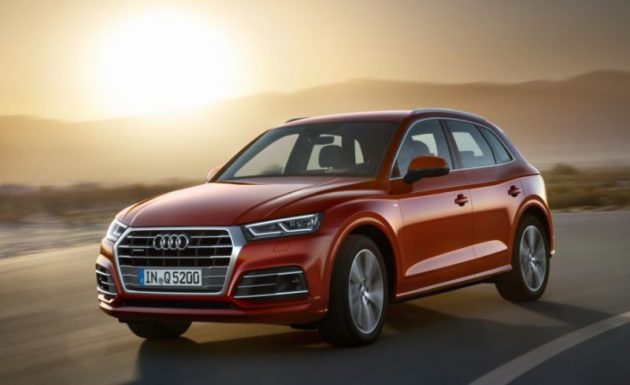 Even though some of their models received quite a bit of attention here, the 2018 Audi Q5 is once again very similar to the older model. The base car gets a 2liter turbocharged inline 4 gas engine which churns out 248 horsepower and 272 lb-ft of torque. The only other option for the US market is a 3 liter turbocharged V6 diesel that manages to put out a respectable 282 horsepower and 457 lb-ft of torque. The base model gets a 7 speed dual-clutch transmission while the diesel comes with an 8 speed automatic. Both cars get all wheel drive as standard with Audi’s brand new quattro Ultra all wheel drive system. The older supercharged V6 3 liter engine is no longer available, especially since the turbo-four makes roughly the same and offers the same level of performance.

So far these are the only two available engines but more should come shortly after. For starters, Audi is more than likely going to release an S version for the Q5. This should get a 3 liter turbocharged V6, the same one as in the S4. This engine should make 354 horsepower and 369 lb-ft of torque. A future RS Q5 model might get to use an even more powerful version of the same engine with north of 400 horsepower. Audi also tends to offer high performance diesel cars so we shouldn’t be surprised if they release an SQ5 diesel with well over 350 horsepower.

Likely one of the least impressive things about the 2018 Audi Q5 is the way it looks. There is no question about the fact the car looks good. However, Audi didn’t take any chances with it so it is mostly the same as before, at least when seen from the front. Its profile and rear end on the other hand are a bit more impressive. The car is sleeker and a lot more similar in shape to the Macan which makes for a much sportier stance. Also, the rear end is quite similar to that of the larger Q7 which gives us the feeling that Audi wanted the Q5 to be regarded as a more premium vehicle.

Luckily the 2018 Audi Q5 sports a brand new interior which is miles above that of the older generation. The dashboard has a minimalist design and all the information is clearly given to the driver. As standard it gets Audi’s great digital instrument cluster and a rather large screen for its infotainment system. The center stack is quite airy and the controls for the air conditioning system are really well positioned. The driving position is also better than before with a lower driving posture that should make it feel sportier than before. 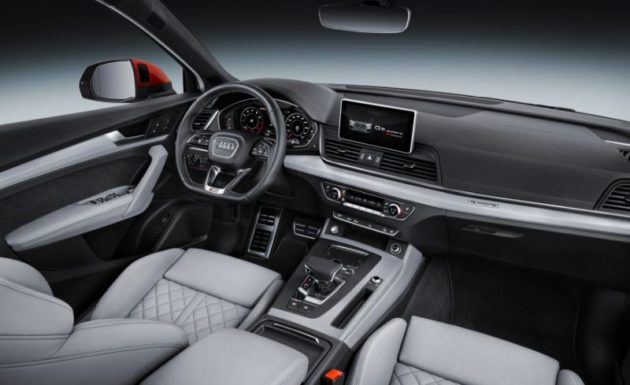 Winter time is always the right time for car testings, and that’s exactly what are Audi engineers doing with 2020 …