The all-new 2017 Subaru Impreza made its first debut at the 2016 New York Auto Show. It’s been presented in both sedan and hatchback body variants. Thanks to the new platform, called the Subaru Global Platform, the new model grew in size, 1.6 inches in length and 1 inch in wheelbase width. The new platform is bigger than the current one and we can expect the rest of the Subaru gamut to gain in size when the new models arrive on the market. Bigger platform means more room on the inside, which will be appreciated by people who avoided this model due to lack of interior space. The new model features more aggressive design than before and whether it will be enough to attract more buyers is remained to be seen. 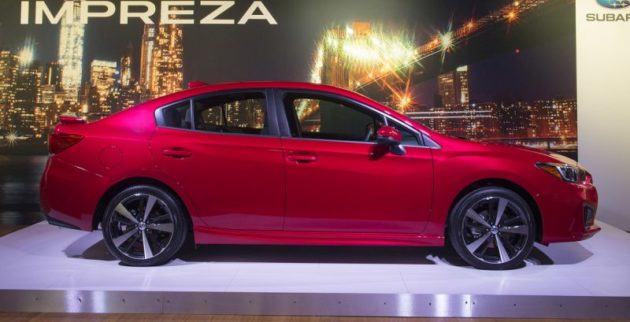 Looking at the front, the new Impreza features an overall more aggressive and meaner look. The grille itself hasn’t changed much in design or size, but it’s been positioned vertically, instead tilted down by and angle, like on the previous model. The chromium stripe slicing through the grille is present here, as well, but it is a bit thinner than before. The front bumper features a redesign as well and is now edgier and a bit more massive, which gives the car a stronger look. Headlights are larger and sharper, but the overall contours are the same and unmistakably belong to the Impreza. As we said at the beginning, the new Impreza grew in size and it is now 4,625 mm long, 1,777 mm wide and 1,455 mm tall, with the wheelbase width of 2,670 mm. The new Impreza is 10 mm lower than the ongoing model, which decreases the aerodynamics coefficient. The new platform isn’t all about looks, as it increased the rigidity of the body by 70% and rigidity of the chassis by an amazing 100%. The suspension system has been drastically improved as well and the torsional rigidity has been increased by 70%. The stability of the vehicle has been improved too, with the lower center of gravity, which has been lowered by 5 mm.

The new Impreza now features a more modern and sophisticated look when it comes to the interior, but the lack of high quality materials is still a present flaw. The plastic feels cheap and it makes squeaky sound when pressed a bit harder. The overall button layout hasn’t changed much, with the exception of HVAC openings. The new Impreza will come in four trim levels – the base 2.0i, Premium, Sport and Limited at the top of the lineup. The standard equipment included in every model will be power windows and locks, a 6.5-inch touchscreen with infotainment system, Android Auto and Apple CarPlay, a 60/40 split foldable rear seats and a powerful security system. Unfortunately, the leather upholstery is part of the more luxurious packages, included with the Sport and Premium trim levels. 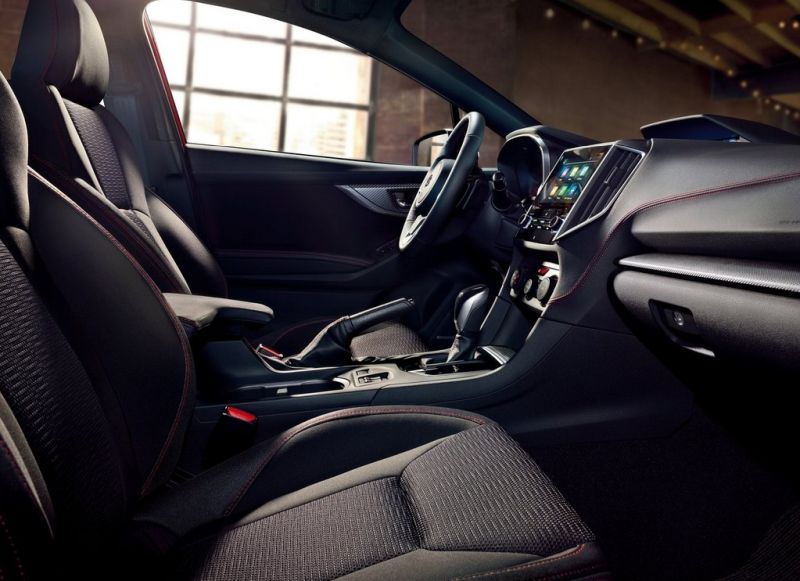 The 2017 Subaru Impreza will carry on the 2.0-liter boxer engine, that’s been modified for gasoline direct injection. The engine is capable of producing 152 horsepower, which is a nice boost from the previous 148 horsepower in the previous model. Low-end models will come with a six-speed manual transmission, while the higher trims will come with a continuously variable transmission (CVT) that will offer better EPA fuel economy ratings. The EPA ratings for the manual transmission are 34/25/28 mpg on the highway/city/combined and for the CVT the results are slightly better, 37/28/31 mpg. 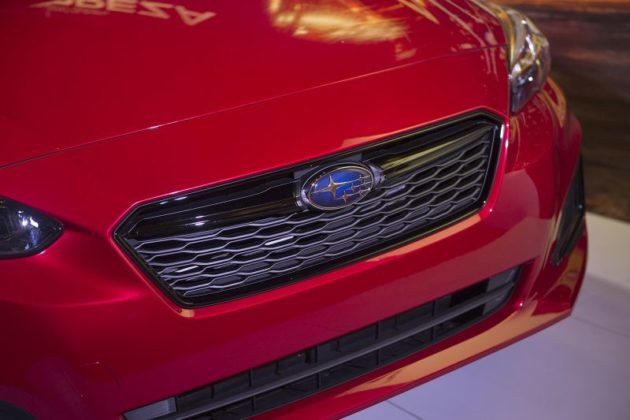 The starting price point for the most basic trim is around $18,800, ranging all the way to $27,000 for the most expensive and feature-rich model. Given the competition, it is not a bad deal at all. As we mentioned at the beginning of the article Impreza has been already shown in New York, but it’s not yet released worldwide. According to information from Subaru officials the new Impreza is scheduled for release sometime in the second half of 2017.