The Forester is one of the better selling cars in its class thanks to its great chassis and massive interior. However, the current car is not really up to date. Even though it has only been around since 2013, the car’s platform is similar to that of the original. Because of that it isn’t as safe or as good to drive as its newer rivals. In order to change that it looks like a new model is going to be released in the near future. The upcoming 2019 Subaru Forester is expected to not only be based on a new platform but also get new engines and possibly a brand new interior. The end result should be better than its predecessor in every way.

At this point it looks like most rumors suggest the car’s biggest change will be its platform. Even though this has yet to be confirmed, it is safe to assume the new Forester is going to be based on Subaru’s modular architecture. This also underpins the Impreza where it managed to impress quite a few people. Thanks to an extensive use of high strength steel, the new platform will allow the car to be lighter and stiffer than its predecessor. This will assure that the NVH levels and its safety ratings will be improved by a good margin. The extra rigidity of the chassis will also allow Subaru to work on the suspension system. In fact it looks like the 2019 Subaru Forester will get all new shocks, springs and brakes. The end result should be a better to drive car than before without having to compromise on the comfort of its passengers. 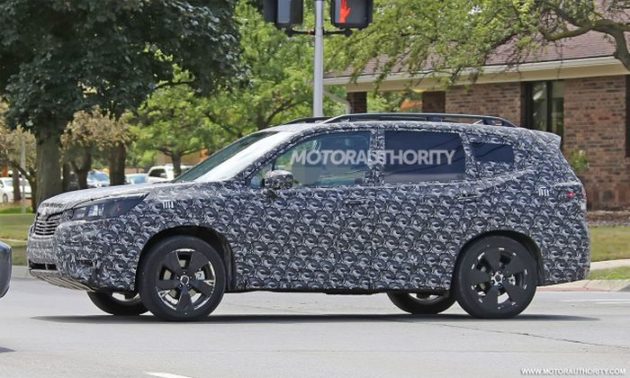 A few weeks back the Japanese manufacturer showed carryover version of Forester. At the same time, they have released the pricing. Coincidentally just days after that, we have spotted testing mule of 2019 Forester. Subaru apparently wanted to show us that we shouldn’t worry too much as improvements on our beloved Forester are on the way. As things stand today, the new version of this small SUV won’t come during this year. The scenario will be carried out as we write below. In coming weeks and months we are going to see more and more prototypes preparing us for the official release. The latter one will happen in early months of 2018, with dealerships shipment going on in summer months of the same year.

The cost most likely won’t go too far from currently available prices. MSRP for starting version of Forester (2.5i model with manual transmission) is $23,700. For the automatic version, you need to add $1,000. Moving on depending on engine and trim level Forester costs from $26,600 all up to $37,500. With this prices, this SUV is more than capable of rivaling the models such as Chevrolet Equinox, Ford Escape, Jeep Cherokee, Nissan Rogue and Toyota RAV4. 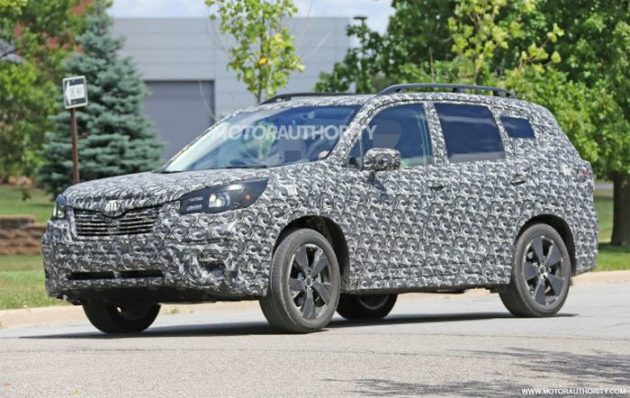 The design – Exterior of new Forester

Subaru didn’t release any official pictures or at least renders for the upcoming Forester. Even so, the car has been spied testing a few times now and the changes don’t seem as big as some suggested. In fact we would say the new car will take an evolutionary approach to its design. From the camouflaged prototype we can clearly see that its overall shape is not going to change much. However, the headlights, grille and front bumper do remind us of the upcoming Ascent. Its rear also seems quite aggressive in comparison with its predecessor which is likely because Subaru wants a far nicer car than before. The glasshouse, while similar, is definitely sharper which also points out at the car’s aggressive character.

The interior – Inside the Cabin

While not official, it is safe to assume the 2019 Subaru Forester is not going to be all that different from the new Impreza. In fact we would bet the two cars will receive roughly the same dashboard. The big difference will be the center stack which is expected to be wider and less cluttered on the crossover. On top of that, all 5 passengers will get considerably more room than in the sedan as well as more room than in its predecessor. This will be possible thanks to the new platform which will give the car a longer wheelbase than before. The materials will also be improved and while this hasn’t been confirmed, considering what they did with the Impreza makes us quite confident about this. 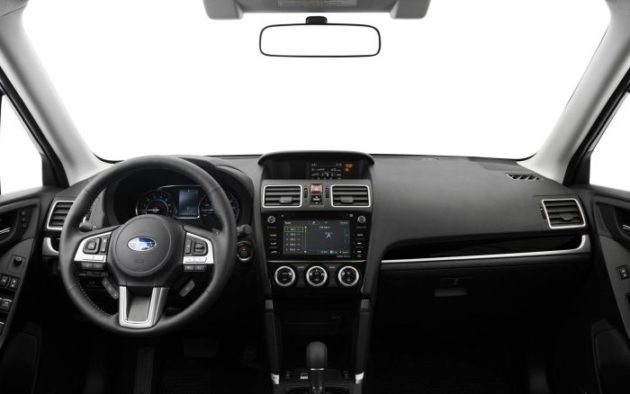 So far the Forester has been powered by roughly the same engines as the Impreza. It looks like this will also be the case with the upcoming 2019 Subaru Forester. Most rumors suggests that the US version of the car is no longer going to be available with the 2.5 liter naturally aspirated flat-four engine. In its place Subaru may release either a small turbocharged powerplant or a similar displacement engine with far more technology than before. Its output is still going to hover around 170 horsepower and 170 lb-ft of torque no matter the case.

This will assure the car will still feel fast enough even in the base trim levels. The higher end model is expected to benefit from the improved 2.0 liter turbocharged FA engine which was seen on the new WRX. This is expected to provide anything between 250 and 300 horsepower and north of 270 lb-ft of torque. With it, the Forester should easily become one of the most fun to drive cars in its class. All engines are expected to be available with a manual while a CVT gearbox will be offered as a paid or no-cost option for sure.