The SL has been Mercedes’ flagship two-seats roadster for years but this is no longer the case. They released the new AMG GT Roadster not that long ago at a similar price but sporting a much better look. Because of that and its aging design, the SL doesn’t sell as good as it should and it has been left behind by most of its rivals. Mercedes did update the model for the 2017 MY but this was not enough. Also, despite what some rumors suggested, they are not going to completely get rid of the model which is in fact great. It seems that a new version will arrive with the 2019 Mercedes-Benz SL and it is expected to be quite a bit more impressive than before. However, things are going to change over what is currently available.

The current model is a two-seats convertible with a hardtop. It is heavy, it drives like a GT car and it has monster amount of power. The upcoming model is expected to change some of its traits. For starters, even though this is not official, it seems that the new model will become a 2+2. This will depart it from the 2 seats AMG GT and the four seats S Class Convertible. It would arrive right in the middle and it would add a bit of practicality to the mix. Also, the car would use Mercedes’ new MRA modular architecture which has been first seen on the new C Class. This would allow Mercedes to further tweak the production for the car. However, the platform would have little in common with the lesser sedan mostly because it would be tuned by AMG. That’s right! The upcoming 2019 Mercedes-Benz SL is expected to become another model fully developed and designed by AMG. This would likely increase the price but it should allow them to deliver a much better product. The release date is still unknown. 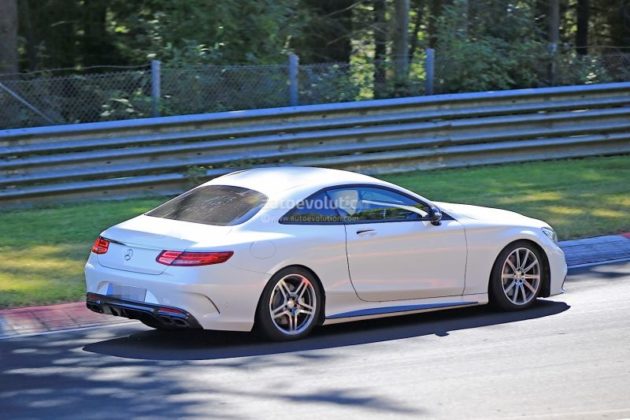 The design of Mercedes-Benz SL 2019

So far the only real things about the car are the spy shots taken a while back. All of these featured an S Class Coupe with a shorter than usual wheelbase. The car had its roof chopped and stitched together and it looked quite a bit lower than the regular S model as well. This pretty much means that the SL will stick to some of its original proportions. The car seems to have a longer wheelbase than before though which would allow Mercedes to offer the extra room found inside. In terms of overall looks, the car is more than likely going to share a thing or two with the AMG GT, especially since the two will be developed by the same company.

Here the 2019 Mercedes-Benz SL is expected to offer the best features they have as well as the best materials. This has been the case in the past and we don’t see it change anytime soon. The dashboard as well as the instrument cluster are likely going to be redesigned from scratch in order to offer a unique experience. Also, despite having four seats, those in the back will likely be only usable by children. Unlike the GT, which is an all out sports car, the upcoming SL is more than likely going to be a true grand tourer. Expect better seats, a more comfortable driving position, likely a self-driving mode and even a set of driving aids meant to make driving as stress-free as possible.

Here the 2019 Mercedes-Benz SL should feature a set of engines which will offer a lot of versatility. The base car is more than likely going to receive their brand new 3 liter inline 6 engine. This features a sequential turbocharging system with one of the turbos being electric. The engine also features a belt-driven starter-generator as well as a 48V electric system. It seems that it will make in excess of 400 horsepower and 370 lb-ft of torque. Further up the range the same 4 liter twin-turbo V8 from the AMG GT should be available. This won’t be the top end model though. Just like with some of the previous generations, the SL might receive a V12. This could have the potential to deliver as much as 700 horsepower which would make it their true flagship convertible.