The new 2017 Hyundai Tucson was unveiled at the Geneva Motor Show, earlier this year. This small SUV will feature a more aggressive design, plenty of entertainment and safety features and a powerful engine, that will enable the car to handle well. By the looks of it, the new Tucson is built for the younger crowd. However, the competition in this segment is quite strong and we hope that the new Tucson will be able to handle it well. 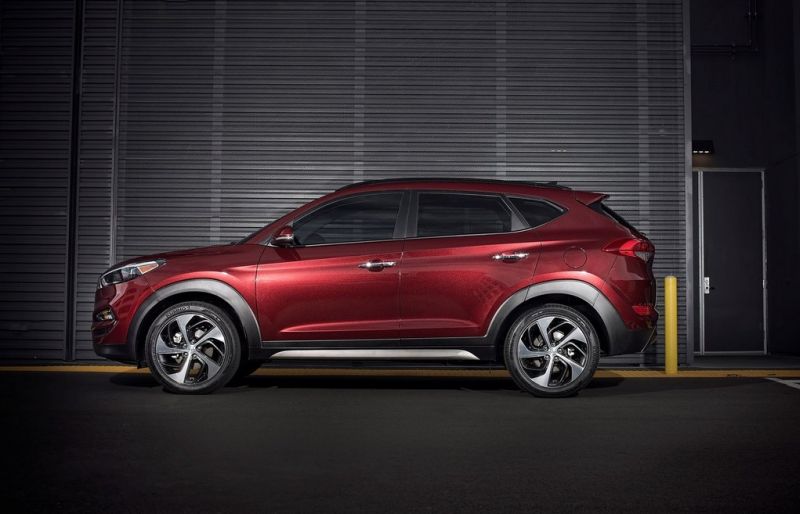 As far as the engine upgrades are concerned, we should expect to see a more powerful option offered as a choice under the hood of the new Tucson. It will most likely be a 2.5-liter turbocharged petrol engine. The engine is capable of producing around 195 horsepower, with a maximum torque output of around 215 pounds-feet. The engine will be paired to a 6-speed automatic transmission system and the model will be available in either an all-wheel drive or just front-wheel drive configuration. What are other options? Well the current version ships with two engine options, on standard and the other optional and we’re certain the two engines will be carried over the next generation Tucson. 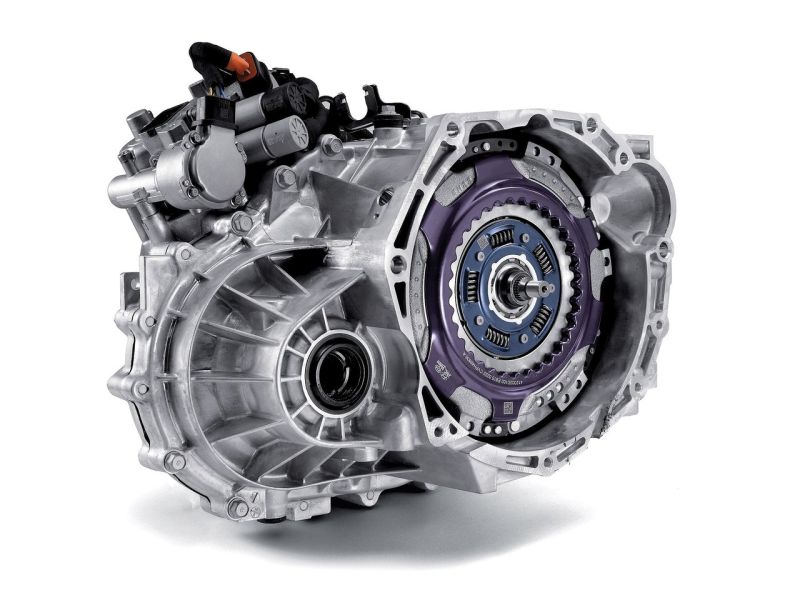 The standard variant includes a 2.0-liter inline four – cylinder engine with direct injection system, capable of producing about 164 horsepower at 6200 rpm, with a maximum torque output of 151 pounds-feet at 4000 rpm., coupled with a 6-speed automatic transmission. The estimated EPA fuel economy of this engine is 23 mpg in the city and 31 mpg on the highway, which is 26 mpg combined. The second, slightly powerful variant includes a 1.6-liter turbocharged intercooled inline 4-cylinder petrol engine, with direct injection, capable of outputting 175 horsepower, at 5500 rpm, with a peak output of 195 pounds-feet of torque, at 1500 rpm. This engine will be paired to a 7-speed automatic gearbox. Estimated fuel economy is 25 mpg in the city, 30 mpg on the highway and 27 mpg combined.

The car can accelerate from 0 to 60 in around 7-7.6 seconds, depending on the engine and the transmission. The towing capacity is 1000 pounds. 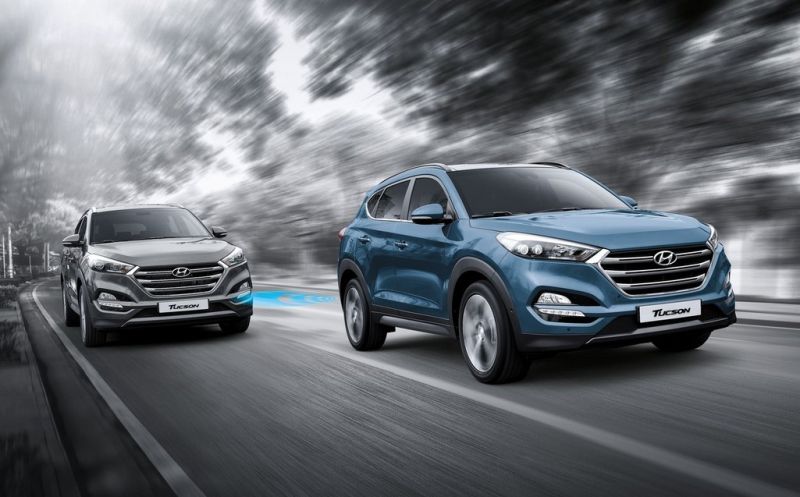 Specifically designed for the younger crowd, with its new Fluidic Sculpture 2.0 platform, that features muscular look, sharp edges, large three-stripe grille and angry looking headlights, the new Tucson is a beast. The model will be 176.2 inches long, 72.8 inches wide, with a wheelbase width of 105.1 inches. Powerful look is coupled with many different color settings, such as Ash Black, Caribbean Blue, Chromium Silver, Majove Sand, Ruby Wine, etc. The base curb weight of the car is around 3325 pounds. The standard equipment will include a 17×7 inches front and rear wheels, featuring aluminum alloy as the main material. 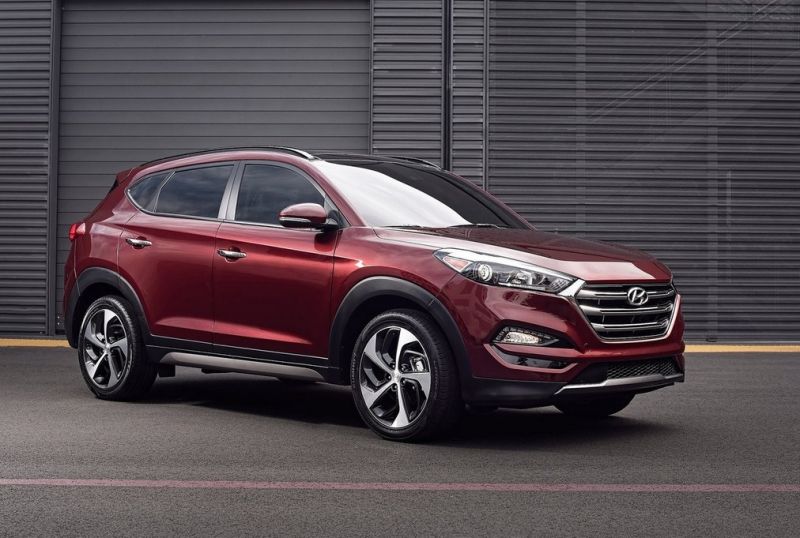 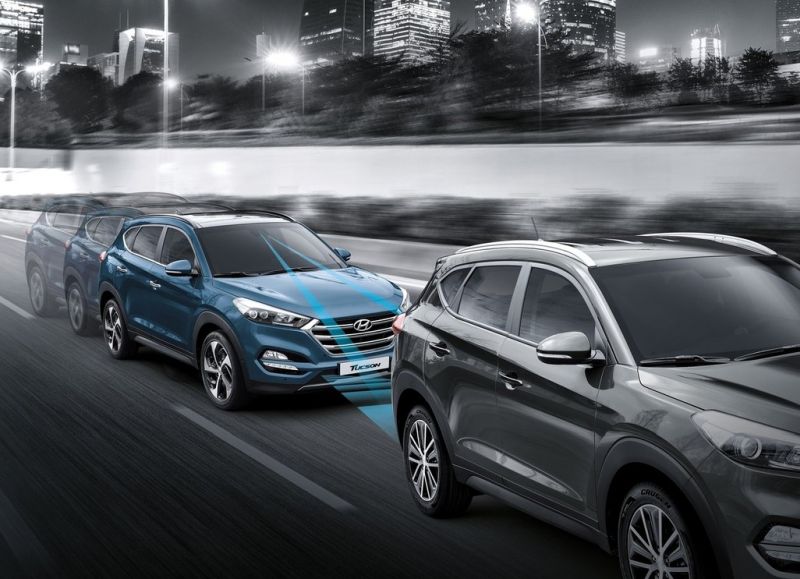 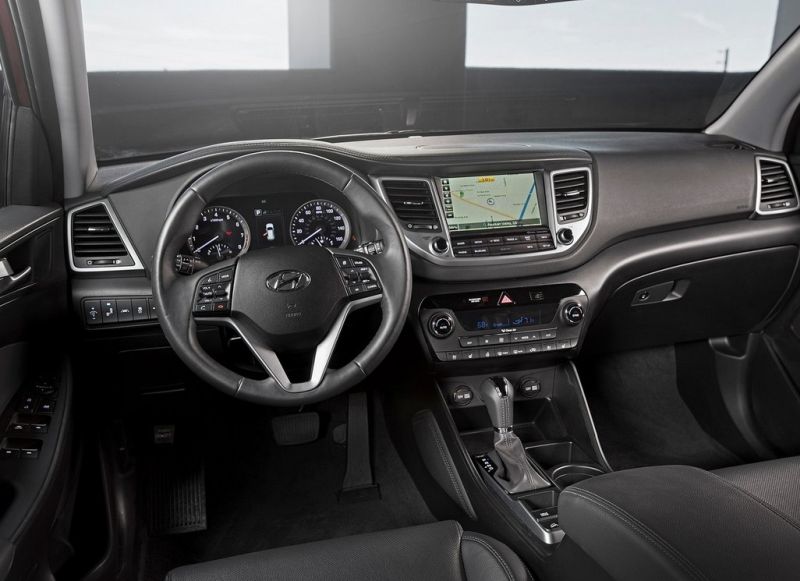 The new 2017 Hyundai Tucson will start at around $22,700, which is the current base price of the current model. No deviation from that is expected. Given the features included and the performance of the car, the price is more than fair.

The Veloster is a four-door coupe which boasts a really unusual design that many people love. The car mostly looks …

After the i30 was restyled for the 2015 model year, Hyundai decided to wait no longer and release the brand …